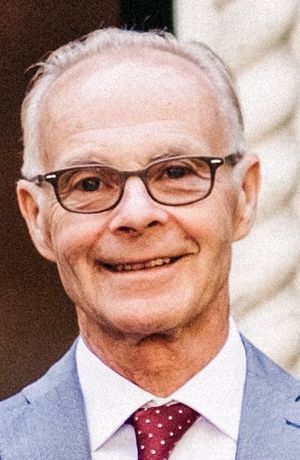 Brian Thomson passed away surrounded by his loving family in Seattle Washington on Sunday, June 28th 2020.

He was the best father, husband, grandfather and friend.

Brian was a force of love, laughter and joy.  Anyone who had the good fortune of meeting him was moved by his warmth, humor, genuine concern and infectious positivity.  To know him, even briefly, was to have made a friend and share a laugh.  Brian never outgrew his wide-eyed curiosity and childlike wonder.

Born on March 22, 1947 in West Germany, he moved with his mother to Dumfries, Scotland, before settling in Toronto at age ten. As a youth, Brian had many passions, a favorite of which was Boy Scouts where he rose to the highest rank of Queen Scout. An early job on a movie set sparked Brian’s interest in the film industry. Starting young, he built a career to become a sought-after director and cinematographer. His work took him all over the world – from filming north of the Arctic Circle to shooting from a helicopter in the Alps. After years in the biz, Brian met his wife, Candace who was herself a successful producer. Their mutual passion for the film/advertising business brought them together and launched their ever-lasting love story.

Brian’s work in Los Angeles and Vancouver brought him and his family out west to Anacortes. It was here where the beauty of the mountains and the waters of the Pacific crystalized his love of and connection with nature. He cultivated this passion and launched his own landscaping company, happily designing and nurturing beautiful gardens until his final days.

Brian’s life was filled with a love of books and a continuous thirst for knowledge. He was as impassioned for the arts as he was for science and the humanities. He was equally comfortable tinkering and creating as he was discussing the state of the world. Throughout his life, Brian imparted this sense of curiosity and wonder to his children.

His generosity, affection and caring nature knew no bounds. He was everybody’s favorite person, even those who knew him briefly. His family and friends will miss him dearly...this whole world will forever feel the loss of his bright light.

There will be a celebration of life in Toronto and Anacortes, hopefully later this year.

In lieu of flowers, please consider donations to a cause important to Brian. For more information about how to donate, please email brianthomsonmemorial@gmail.com