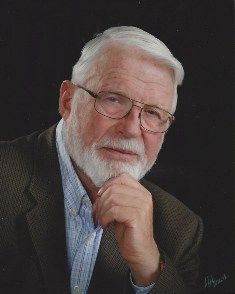 BLAKE HOWE Age 81. Born August 13, 1933, in Seattle, WA. Passed away February 24, 2015, in Seattle, WA. Blake was a life long resident of Seattle. His father grew up on Queen Anne Hill at 22 West Highland Drive. Blake is a graduate of Lakeside High School, and he received a BA in History from the University of Virginia in 1955. From 1955 through 1958 Blake served in the United States Navy, he served aboard the destroyer USS James C. Owens DD776 in the Atlantic. Including two cruises to the Mediterranean, one of which went through the Suez to Kuwait, and several visits to Guantanamo, and liberty ports in Cuba, Haiti and Jamaica. His last rank was Lieutenant Junior Grade. After the Navy, Blake attended the University of Washington School of Law. He graduated in 1961, and was admitted to the Washington State Bar Association the same year, and spent his career working as a Lawyer, at the law firm that employed other family members, then for the City of Seattle, and later working independently.

Blake was an Episcopalian until about 1987 when began attending the University Presbyterian Church for approximately 22 years. More recently he attended the Plymouth Congregational Church in downtown Seattle. Blake’s passions were reading, broad intellectual interests, current events, travel and bicycling. Blake also enjoyed spending time with his aunts, uncles, cousins, nieces and nephews and extended family members in Silverdale during the holiday’s such as Easter, 4th of July and Thanksgiving. It is a bit of an understatement to say Blake enjoyed bicycling. He participated in many rides with the Boeing Employees Bicycle Club, the Seattle to Portland rides, over the North Cascades Highway, various places in the United States. He also made multiple trips to Europe for bicycle rides. Blake also did two 2-week mission trips with Church groups including one to Haiti and one to Cuba. In 2010 Blake moved into the Bayview Retirement Community, where he made new friends, and enjoyed the way all the residents treat each other, the good food, and observing ships and ferry boats in Elliott Bay. Two of his father’s sisters were residents of Bayview when it opened up in 1960. Last year Blake took a guided autobiography class at Bayview. In his writing he opened up about his accomplishments and the most important successes in his life, which included the following: “I was proudest of when I was leaving the ship for the last time, to be honorably discharged at my choice after 3 years aboard her – and the officers piped me off as my side boys...”

At the time of his death Blake was divorced. Blake had two sons, Blake’s younger son, Tommy, was a loving Downs Syndrome boy, who passed away due to health problems at age 7. Blake is survived by his son James (Lyn) of Colorado, and three grandchildren (Jimmy, Rose and Emily), his sister, Caroline of California, as well as cousins, nieces, nephews, and many other loving extended family members.

A memorial service will be held at 2 pm on Thursday, May 28, 2015 at Bayview Manor in the Chapel.

I first met Blake about 25 years ago when we biked a Northwest Bicycle Touring Society tour of Puget Sound and the Fraser Valley and shared a room at Harrison Hot Springs. As cyclists, fellow lawyers and Queen Anne "neighbors" we bonded through the years. I always enjoyed Blake's take on life and enthusiasm. Blake was a strong advocate for bicycle safety and good government --Bill Lemke

I am one of the extended family members from Silverdale. Blake was one of my favorite relatives. I loved talking to him about family and what's right and what's wrong with the world. I appreciated his active intellect, his gracious manner and tact, and his generous sharing of ideas and materials that he found interesting or inspiring. I will surely miss him and what he's meant to me and others. Jack Longmate, Poulsbo --Jack Longmate

Being a friend of Blake's at Bayview Retirement Community, we often had good conversations at dinner, shared texts on current political issues, and sometimes took him to an evening program, e.g., at University Temple United Methodist Church. I would have gone to visit him if I'd had known what hospital he went to. We miss his presence. --Richard (Dick) Blakney

Blake was a bicycling friend of mine through the Boeing Bike Club. We shared dinner preparation duties one evening on a club trip along the Oregon coast. Blake rose to the occasion by suggesting that we make a fine fish stew on the two burner Coleman stove. He was funny, intellectually curious, and generous. He brought a lot of fun with him. --Lynn Whipple

To the Howe Family I would like to take this time to express my condolences to the entire family. Our thoughts and prayers are with the family. During this difficult time in your life, its always good to take comfort from the inspired writings of God. He truly cares for all of us. So from the scriptures, He provides this loving comfort. He tells us that soon He would rid the earth of all sicknesses and death. ( Revelation 21:3-4) He also gives this loving promise that would not only benefit ourselves, but even our departed love ones. He tells us that even if we should lose a love one in death, He has the power to rescue and restore that person back to life. ( John 5:28-29) From the above scriptures, God is telling the family, that Blake will live again. God has preserved nine accounts in the bible that will help us build our faith and trust in His personal promises. Remember, that the resurrection will take place. God does not lie. ( Titus 1:2) - Albert Caldwell Jr

We were sorry to hear of Blake's passing. He was one of our first contacts when my sister Fran and I moved from New Jersey to Seattle in 1966. It was wonderful being accepted by the West Coast branch of our family. We have many happy memories of family dinners and outings. Blake was full of enthusiasm for everything he did. I know he will be missed by many people. --Jane and Richard Carter

We were sorry to hear of Blake's passing. He was one of our first contacts when my sister Fran and I moved from New Jersey to Seattle in 1966. It was wonderful being accepted by the West Coast branch of our family. We have many happy memories of family dinners and outings. Blake was full of enthusiasm for everything he did. I know he will be missed by many people. -Jane and Richard Carter

I will miss you Blake. We first met in 1993 on a European bike trip and later on those Bikebarge adventures. Blake was so proud of his sons family and was quick to describe his grandchildren. I know he was also very fond of his sister. There are many relatives who will feel this loss. Opening Day of the boating season will seem empty without him as he always enjoyed sitting in my back yard watching boats pass through the Montlake Cut. I also will miss our politcal discussions and the frequent info he forwarded online. Luckily we had the same political values as he could be somewhat intense. I valued his friendship and will be among those who will miss him. Bobbie Leonard --Bobbie Leonard

RIP Blake. Condolences to all relatives and friends out there. Blake was a great neighbor to me when we both rented on Waverly Pl. I was a new bicyclist and he was an enthusiastic advocate and valuable advisor. He has rented a garage from me for many years and our continued (personal)relationship was much appreciated by me. I will miss him. I have many of his personal papers, belongings and other valuables in safe keeping. Please contact me at (206) 226-8102. --Bill Leyrer

We will miss Blake. He loved to discuss current issues and literature, and really cared about the world around him. I met him at Plymouth Church when he joined a book discussion group I was leading on Gilead by Marilyn Robinson. His enthusiasm and friendly contributions stood out. He was a bright spirit. I wish comfort and blessings to all his friends and family. --Kael Sherrard