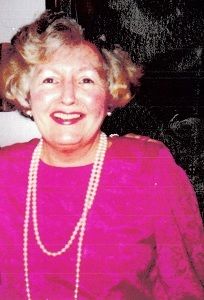 Shirley Vaughn McIntosh, 76, passed away October 12, 2014 at Seattle, Swedish Hospital. She was born to Harold and Lillian Hagen on January 25, 1938. Shirley will be remembered as a loving and caring wife, mother, grandmother and great grandmother by her family and friends. She was a registered nurse who, over a thirty year period, cared for bone-marrow transplant, oncology and aids patients at Swedish Hospital in Seattle. Taking a break from her nursing career she moved, with her husband, to the British Crown Colony of Hong Kong where they lived for several years. While in Hong Kong she loved to roam through the alley shops, with their array of street vendors, seeking out bargains of every kind. Together with her husband, Shirley became an avid world traveler, traveling throughout South East Asia, the Pacific and Europe. She loved meeting and making friends with people of various lands and cultures. Shirley had a love for life and people; always looking for the best in others, making it easy to become her friend. Upon her return to Seattle she resumed her nursing career at Swedish Hospital until she retired. Shirley is preceded in death by her parents, her sister, Sonja Hagen and her granddaughter Laura Bailey. She is survived by her husband Dale, of 58 years, her daughters Kimberly and Kirsten, son Keith (Doris), seven grandchildren, seven great grandchildren, her brother Harold Hagen (Eileen), sister Charlene (Richard Dryden) and many cousins, nieces and nephews.

Grandma, you are the most amazing woman and I hope and dream to be the kind of woman, mother, wife, and friend you were. I love you so much. --Angelica Soriano