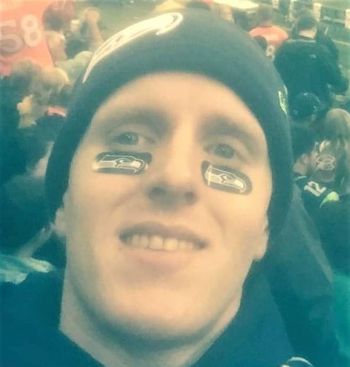 Steve Prince, of Auburn, Washington, passed away unexpectedly on June 10, 2019.

A lifelong resident of the Pacific Northwest, Steve grew up in North Bend and graduated from Two Rivers High School.  He was a student at Green River College at the time of his death.

Steve’s passions in life included physical fitness, hiking, fishing, snowboarding and dirt bike riding in Washington and in Central Oregon where his family had a second home.  Steve was an avid Seahawks fan and attended games at every opportunity.

Steve suffered some serious health problems and personal setbacks after high school.  He overcame these obstacles and was pursuing his goal of a college degree when his life was tragically cut short.

Steve is survived by his parents, Doug and Cathy Prince, his twin brother Jason Prince, his older brother Geoff Prince (Kayla), his grandmother, Jill Prince, his aunt Jackie Watts (Kurk) and his uncle Bill Dyck (Karen).  He was preceded in death by his grandparents Alfred Prince, Christine Dyck and Hubert Dyck, his uncle Irv Dyck and his aunt Fran Dyck.

Steve’s family and friends will miss him more than words can say.

Final arrangements will be private.

Donations in Steve’s memory can be made to Green River College Foundation, 12401 SE 320th Street, Auburn, WA 98092 (253) 288-3330 foundation@greenriver.edu.  Please specify that the donation be directed to the Gator Pledge Fund, which assists students with emergency financial needs that threaten their ability to stay in school.