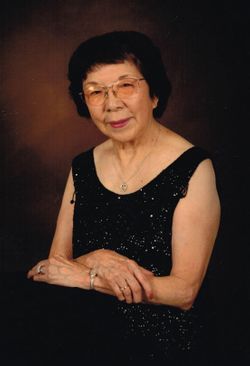 Sunako (Sunkie) Oye, 96, passed away on Dec. 23, 2019 in Seattle, WA.  She lived a very full and active life.  She was born in Salinas, CA, the third child and only daughter of five children.  Due to the US government’s war policy during WWII, she, along with her family, were relocated to an internment camp in Poston, AZ.  After their release, the family moved to the PA/NJ areas where Sunkie went to secretarial school; met and married her husband, Ted (who pre-deceased her in 2008); and had two children, Tish and David.  She had a long career as a secretary, the longest of which was as the school secretary at John Winslow Elementary School in Vineland, NJ, from which she retired.  After their retirements, she and Ted moved to Seattle, to be near their grandson.

Sunkie loved music and was steeped in the Japanese traditions of music and dance.  She organized and taught folk dancing; sang in the Buddhist Temple choir; and joined a ukulele group.  She made friends easily and was involved in many social groups.  She loved to travel and was always eager to learn and experience new adventures.  She is survived by her daughter, Tish, her husband, Steve and their son, Toshi.  A Memorial Service will be held in NJ at a later date.