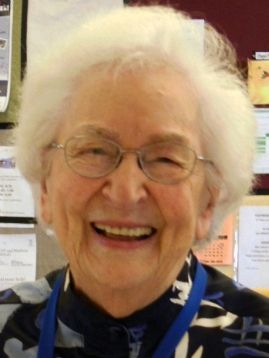 Irene Vivian Stubbs was born on May 14, 1914, to Ethel C. and Howard P. Cope in Kamloops, B.C.   Her early childhood, like that of her elder brother, Jimmy, was formed in the small towns of much of the American West, as her parents’ occupations in telegraphy put them frequently on the move.   Shortly before the onset of the Great Depression, Irene’s parents gave up telegraphy to divide their time between fishing in the waters of Southeast Alaska and farming on Camano Island, where Irene met and married her first husband, Harold Rekdal.  The Copes and Rekdals devoted increasing amounts of time to fishing, and that hard life may have had something to do with the habits of resilience and optimism which won Irene so many friends and admirers later in life.   Her first marriage ended in divorce not long after the birth of her first son, Thomas, in 1939.  Training as a beautician in Seattle to support herself and small son, she met her second husband, Willis (Bill) Stubbs, to whom she bore a second son, Stephen, in 1951.  When that marriage ended in 1974, Irene returned to full-time work as  a beautician for shut-ins, an occupation by means of which she continued to support herself well into her nineties.  Never formally educated beyond high school, Irene maintained a voracious reading habit throughout her long life, which eventually made her what she had always wanted to be, a well-educated woman.  More than two months after celebrating her 100th birthday with family and friends, she succumbed to an inoperable brain tumor, and died on July 30, 2014, in the Thornton Creek home she had occupied since 1954, leaving behind two grateful  sons, four talented grandchildren and a great-grandson yet to be born.