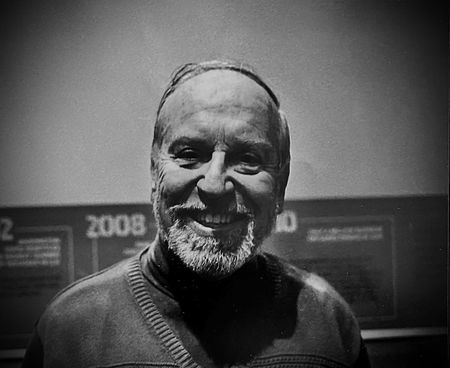 Norm Winn’s experience with the outdoors started in 1941.

And eighty years later, Norm still loved and supported the environment when he died at 82 in his Seattle home on Dec. 31, 2021.

From age 2 until age 5 Norm was hiding out in the jungles and mountains of the Philippines with his mother, infant sister, and older brother Rodger.

World War II was raging, and the Japanese controlled the island. Norm’s parents were Presbyterian missionaries. Viola Winn had elected to hide out in the jungles with her children while her husband, Gardner, was in a Japanese internment camp.

These were three years of adventure for young Norm, according to his mother’s book, “The Escape:” “Sometimes without shelter, often on the move, the little group braved storms, disease, hunger, and loneliness—always aware that the enemy might have followed them into the mountains and that a child’s nighttime cry could reveal their hiding place.”

When Norm was 5 years old in 1944, he and his siblings, mother and other missionary families trekked more than 100 miles over 11 days and nights to the Philippine coast.  They were rescued by a U.S. submarine and taken to the U.S. base in Darwin, Australia.  They were flown 5000 miles from Darwin to Brisbane Australia in a transporter plane.

Norm had been born Oct. 25, 1939, in Beijing, China, where his parents were Presbyterian missionaries.  The family had left China in early 1941 for The Philippines.

Viola and her children traveled in 1944 by Dutch troop transporter ship from Brisbane Australia to San Francisco, then to Iowa and Norm’s uncle’s home.  Norm’s parents had agreed to meet there if they lived through their respective ordeals.  And after the war ended, the internees in the Philippines were liberated.  Norm’s father then appeared in Iowa!

After the Winn family was together again, they moved to Ithaca N.Y. so Norm’s parents could each earn graduate degrees at Cornell.  They returned to China but had to leave China a second time because of Mao’s policies.

Norm and family returned to Iowa where he attended high school.  He graduated from Harvard College and then law school at the University of Michigan.  He met Karyl Leix while in Ann Arbor.  They were married and moved to Seattle in 1968 where he started his law practice and Karyl started her career as archivist at the University of Washington.

Norm’s love of the outdoors motivated him to join The Mountaineers immediately after moving to Seattle.  He took all the available climbing courses and started his climbing career in Washington.

Norm climbed extensively in Washington and led numerous outings in the North Cascades.  He participated in a total of five first ascents, including a route on Mt. Agnes.  He also reached the East summit of Mt. Fury in the Northern Picket range.  In addition to the state of Washington, Norm led climbers’ outings in British Columbia (Mt. Waddington), Idaho (Warbonnet Peak), Wyoming (Grand Teton and the Wind River range), Alaska’s Brooks Range (north of the Arctic Circle) and Peru.  He also climbed the Matterhorn in Switzerland.

As a lawyer, he was an effective conservation lobbyist, helping pass the 1976 Alpine Lakes Wilderness bill, 1984 Washington Wilderness Act, the Olympic National Park ocean strip additions in 1988.  He worked with Senator Patty Murray on the Plum Creek Land Exchange.  He supported and leveraged the publication of numerous conservation titles published by Mountaineers Books, including "Arctic National Wildlife Refuge: Seasons of Life and Land" with photographer Subhankar Banerjee. Working with Senators Patty Murray and Maria Cantwell, the book played a pivotal role in temporarily protecting the Arctic Refuge from oil drilling.

Climber Debbie Anderson wrote of this “fun, competent leader” taking climbers in August 1981, up Mt. Waddington, the 13,250-foot highest summit in B.C.  Ms. Anderson wrote that “Waddington was the most serious climb with many objective hazards that could just carry a person away that I had ever been on.”

The climbers made the summit.

But on the way down, tent poles in a climber’s pack slid “out of the pocket, flew down the snow and disappeared over the edge of a huge crevasse…After making a few of his classic expletives, Norm had us set up a Z pulley to lower him down a hundred feet on the rope until he found them on a glacier shelf. ‘Hot Damn, I found them’ he yelled back to us all and up he came.”

Norm enjoyed road biking and kayaking in Washington, British Columbia, France and Croatia. He and Karyl, married for 51 years, travelled in Canada, Europe, sub-Saharan Africa, Morocco and Iran.  They had season tickets to Seattle Opera for 49 years and supported many local theaters.

He is survived by his brother Rodger Winn, sister-in-law Diane Winn, niece Serena Dollins and nephews Galen Foulke, Cody Winn and Casey Winn. He was preceded in death by his wife Karyl, his sister Elinor and his parents Gardner and Viola Winn.

Norman is known for his generosity, values, leadership, and his spirit of civic engagement. Contributions in his memory may be made to Food Lifeline Seattle or to other humanitarian organizations.

A celebration of his life will be held in the spring or when Covid allows.