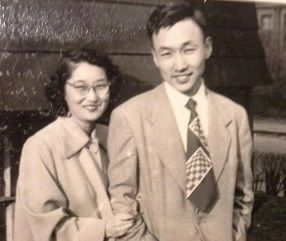 Ann Gorai passed away on November 9, 2013 surrounded by loving family in Seattle, Washington. Born January 12, 1923 in Clovis, California, Ann lost her mother Kuwa at the tender age of 2. Her dear father Shinji raised Ann and her four siblings on their peach farm.  They enjoyed trips to Pismo Beach, the Sierras and Bass Lake.

Ann attended Fresno State until forced evacuation to a relocation camp in Poston, AZ. The University of Nebraska welcomed Nisei where Ann was able to complete her BA. She obtained her nursing degree at St Mary's School of Nursing in Rochester, MN and worked at the Mayo Clinic.  Ann married Arthur Gorai and they started their life in Seattle at Union Bay Circle, faculty housing for the University of Washington.

She was active in the public schools and on the boards of Planned Parenthood and the Northwest Asian Theater Group. She worked at the University of Washington with the Student Advisory Board to the Vice President of the Office of Minority Affairs, where she thrived on the excitement of helping students and made many friends.  Ann retired at age 70 and ever the learner, embarked on a three month study program in Kobe, Japan along with Arthur through Edmonds Community College.

Ann loved music.  She played the piano and cello, and had opera subscriptions in both Seattle and NYC.  Her gardening skills were legend, as well as her sushi and shabu parties. She was a great friend to many, generous and kind. She also loved her dear pets from Crispin to Vlad.  She was a wonderful mother, a woman truly ahead of her time who inspired her children to find their passions and explore the world beyond.

She is survived by children Ann Patricia (John Clark), Jane (Don Ng),  Thomas Arthur, and grandchildren Rachael, Kyle & Andrew all of whom miss her more than we can imagine. Her husband, Arthur passed away in June of this year. They will be laid to rest together, in the in the home of her heart, Clovis. 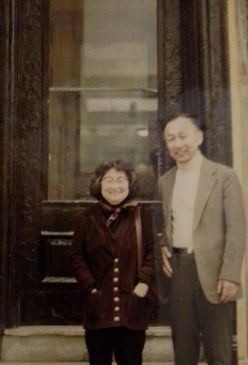 Arthur Gorai passed away on June 10, 2014 surrounded by family in Seattle, Washingon. Arthur was born In Los Angeles, California to Tama and Tamotsu on October 24, 1922.

Arthur entered UCLA to study engineering, but was forced to end his studies when the California colleges expelled all Nisei students due to the war, and his family was relocated to Heart Mountain, Wyoming. He continued his education thanks to the help of the Quakers, the welcome from the University of Nebraska and the assistance of Reverend Drew.

He served in US Army in WWII with the Military Intelligence Service, honored by a Congressional Gold Medal in 2010.  Following the war, he completed his degree in chemical engineering at the University of Nebraska where he met his future wife, Ann Miyamoto.  They married in St. Louis in 1949.  Art earned a Masters Degree from Harvard before attending medical school at the University of Washington, followed by a long career at Group Health Cooperative where he worked as a general practitioner for 32 years.

After retirement, Arthur enjoyed traveling with Ann to England, Japan, the East Coast and the Olympic National Forest, enjoying adventures, good food, music, relatives and friends. He was active in retirement, volunteering at a Japanese American retirement home and leading the development and fundraising efforts for the Go For Broke Monument in Los Angeles, commemorating Japanese Americans who served in the U.S. Army during WWII.  Arthur was also an early supporter of the Asian American "movement" and an avid reader and collector of Japanese American history books, fiction, films, and memorabilia  including the "Nisei" GI Joe.

He was a wonderful father and teacher to his children, as we fondly recall lessons in tying shoes, driving, skiing, water efficient dish washing, microscope slide preparation, and the laws of thermodynamics.

He is survived by children Ann Patricia (John Clark), Jane (Don Ng), Thomas Arthur, grandchildren Rachael, Kyle & Andrew, and sister Mabel Tosaya all of whom miss him greatly.  His wife Ann, passed away in November of last year.  They will be laid to rest together in Clovis, California.

A celebration of Arthur's life will be held in Seattle WA on August 9, 2014 and in Fresno, CA on August 23, 2014. Please email:  janegorai@gmail com for details.

I have the fondest memories of Ann and Art, mostly in Group Health settings but also the time that our family used their ski cabin many, many years ago.