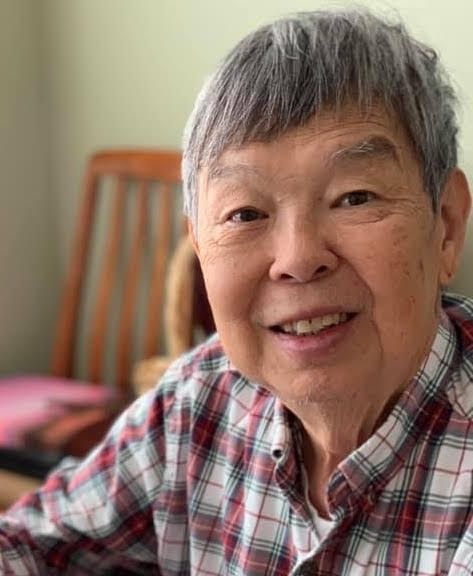 Nelson Chishun Wong was born on October 2, 1941, in Hong Kong. He was the third son of Robert Wong and May Wong, brother of Grace Wong Lam, Kenneth Wong, Gerard Wong, and Eugene Wong; father of Theodore Wong and Christina Wong; grandfather of Tilia, Charlotte, and Fiona; father-in-law of Michelle Mancini and John Morrison; and husband and lifelong friend of Julie Kitwen Lai Wong. Among numerous professional accomplishments, Nelson was a busboy and milkman in San Francisco Chinatown, a graduate in mathematics from San Francisco State College, a captain in the United States Air Force, and an architect of airport-automation systems at United Airlines and the Star Alliance. In his retirement he and Julie traveled the world and explored Seattle-area walking trails together. He poured himself entirely into grandparenthood and is remembered by family and friends around the world for his generosity of heart and humor. He died of complications of cancer on August 27, 2019, in Seattle, and is survived by two brothers as well as his wife, son, daughter, daughter- and son-in-law, and granddaughters. In lieu of flowers, his family requests that donations in his name be made to Lutheran Refugee and Immigration Service or to Fred Hutchinson Cancer Research Center.

Julie & Family,
I was so saddened to hear of Nelson's passing. He added color, character, humor and an incredible skillset to United, and I always enjoyed talking to him. Your entire family is in my thoughts and prayers.

Julie & Family
I am deeply saddened to have just learned of Nelson's passing. I was hoping, possibly to meet up with you and Nelson in October when I will be in Philadelphia for my grand nephew's wedding. I think your son Ted lives there. I have so many fond memories of knowing you both way back in Colorado Springs when we were in the Air Force.
wishing you all the best,
Bob Rogers
22 Smithshire Est
Andover, MA 01810