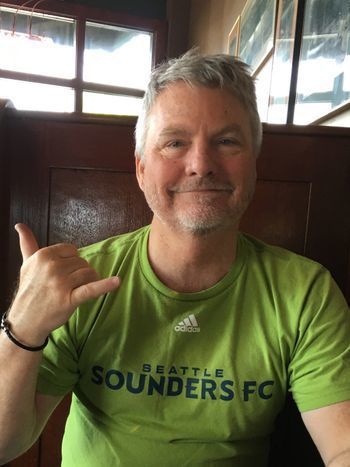 Mark Orme was born on July 6th, 1962 to Myrna and William (Bill) Orme in Tacoma, Washington. He spent the early years of his childhood in Bellingham before he and his family eventually moved to Leone, American Samoa and later to Anchorage, Alaska. After graduating from Dimond High School in 1980, he attended Western Washington University and the University of Chicago for graduate school. He then moved to Bellingham, then Seattle to work as a chemist in the pharma/biotech industry, and met the love of his life, Stephanie Beigel-Orme. They married on October 10, 1998.

Mark loved and cared for his family above all. He is survived by his wife, Stephanie, three daughters, Chenoa, Sara, and Tessa, and sister, Natasha.

Mark was a passionate and dedicated scientist with a vision in pharmaceutical development. He was a talented leader and brought an enthusiastic and creative approach to his work through his breadth of experience. He found nothing more rewarding than working with and mentoring others. The son of educators, Mark was a natural teacher and mentor in all avenues of life. Whether at home, in the workplace, on a sailboat, or on the soccer field, if he was on your team, you knew he had your back.

Mark was a member of the Corinthian Yacht Club of Seattle for many years, where he raced sailboats and made lifelong friendships. Some of his proudest moments were competing against world-class talent locally. Through his daughters, Mark also developed a love of soccer. He volunteered as a coach for Ballard Youth Soccer and Seattle United for several years. Mark enjoyed helping young players grow, as well as bantering and developing relationships with the kids.

Mark had a deep interest in pacific island culture that stemmed from his youth in Samoa. He enjoyed spending time on the North Shore of Oahu.  His heart’s desire was to spend more time on the island and to connect more fully with the community there.

Mark passed away peacefully at home with his family on February 27, 2021 after a courageous battle with cancer. He will forever be in our hearts and memories; at Mokuleia beach, sunglasses in hand, toes in the sand, with a smile on his face and a twinkle in his eye.

A memorial service will be held on May 30, 2021 at 1 pm at the Corinthian Yacht Club of Seattle. Please contact newdestinies@outlook.com for more information.

Donations in memory of Mark can be made to the Pancreatic Cancer Action Network (www.pancan.org).