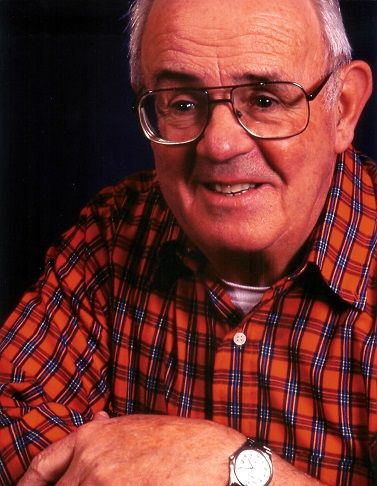 William “Bill” Wallace Kuss was born in Seattle, WA on September 24, 1924. He died peacefully at home in Sequim, WA on April 3, 2019. He was 94. Dad is survived by his sister, Virginia Gunby and 3 of his 4 children; Nancy Klotz, Cindy Kuss and Jeffery Kuss, 3 grandchildren, 1 great-grandchild and various nieces and nephews. Dad was preceded in death by parents Joseph and Lena Kuss, wife Annette, son Daniel, brother Robert Ross, nephew Robert Ross Jr. and granddaughter Erin Klotz. Dad grew up in Seattle, was active in Sea Scouts and graduated from W. Seattle High in 1942. He had a passion and talent for building. Dad attended Edison Vocational Boat School in Seattle. He served in the Army from 1943-1946 as a Staff Sgtt in Co. D, 361st Engineer Special Services Regiment and saw action in all 3 theaters, including Normandy Beach.  After WWII, Dad worked at Grandy Boat Co., Jensen Motor Boat Co., Vic Frank and Marco Shipyards on Lake Union in Seattle and quickly became foreman. He married Annette “Annie”, a beautiful young RN, in 1948.  Dad built their first home in W. Seattle. He also built 2 personal sailboats (24’ and 32’) in the garage. In 1964, Dad built our 2nd home in Sequim and then he built and established West Bay Boat & Mfg Co.  Dad always told us, “Do something you love and are good at. There wasn’t one day when I didn’t want to go to work.” When he wasn’t building boats or promoting boating, he was taking our family camping, fishing, crabbing or clam digging; or he was bird hunting, shooting trap and skeet or doing photography. He was twice past commodore of Sequim Bay Yacht Club. Dad was one of the driving forces to build the John Wayne Marina in Sequim Bay. He built his 3rd sailboat, the West Bay, which he and Mom sailed all over Puget Sound and San Juan Islands. They often participated in the weekly SBYC Duck Dodge sailboat races.  In retirement, Dad became more involved in photography, including developing and printing his photos. He was active in the Olympic Peaks Camera Club and a participating artist/photographer at the Blue Hole Gallery in Sequim. After Mom died, Dad met Arlene, and they enjoyed many happy times together. Drennon & Ford Funeral Home and Crematory is in charge of cremation. Go to www.drennanford.com to view a slide show of Dad’s life and share memories.  A memorial gathering will be Sunday, April 28, 3-5 p.m. at the John Wayne Marina. Memorial donations may be made to Volunteer Hospice of Clallam Co. and the Sequim Soroptomists Medical Loan Closet.