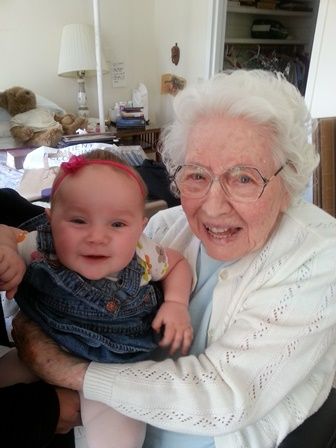 Mary Alice Jane Naden Legge, daughter of Eustis Henry Naden and Gladys Robbins, passed away Saturday, September 26, 2014. She leaves behind her children, Louise Hunt and David Legge, as well as three grandchildren, four great-grandchildren, and many loving friends. Mary Alice was an extremely educated woman earning a Bachelor’s degree from the University of Washington in 1941 before volunteering at Boeing during the war from 1942-45. After the war she became an avid traveler and spent time in Europe until 1950. Upon her return she stayed in New York and enrolled in classes at the General Theological Seminary, Union Theological Seminary and Teacher’s College of Columbia University where she earned her Master’s degree in 1952. She worked as a Christian educator in New Jersey, California, and at Trinity Parish Episcopal Church in Seattle where she met her husband, Keith Legge, and married in 1964. Mary Alice leaves us after a wonderful 95 years on this earth and her joy and love will greatly be missed.

There will be a memorial ceremony for Mary Alice on Saturday, October 18th, 2014 at Trinity Parish Episcopal Church (609 8th Ave Seattle Wa 98104) at 2pm. In lieu of flowers Mary Alice requests donations and gifts be made out to the Trinity Parish Memorial Endowment Fund. Complimentary parking is available at Skyline between 8th and 9th Avenues. Enter on Columbia Street between 8th and 9th.