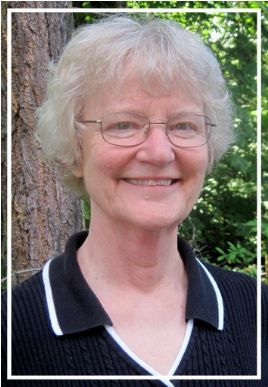 Born in Yuba City, California on March 23, 1943, Barbara passed away in Seattle on January 17, 2017 at the age of 73. A lifelong learner, she held Master’s degrees in both Chemistry and Education and was the first of her family to graduate from college, which she attended at the University of California, Davis, completing a degree in Chemistry. Barbara married the Reverend Salvador Jose Vicent in 1966 and moved their family to Snohomish County in 1970, where she lived in Snohomish, Everett, Lynnwood and Edmonds for 46 years. She spent nearly 40 years working as a CPA and was an active community volunteer at Blood Works and Living Wisely Thrift Store, as well as serving on the board of Work Opportunities. Barbara was preceded in death by her beloved husband (1994), parents Lois and Norbert Rehermann, and brother David Rehermann. She is survived by her daughter Sophia Vicent (Gerardo Capiel) and granddaughter Ava Capiel, of San Francisco. She is also survived by her son Scott Vicent and siblings Frank Rehermann (Judy), Daniel Rehermann, and Julia Colson (Barton), and many other extended family members. Deeply spiritual, Barbara spent many years in the Episcopal church serving Jesus Christ. Her recent spiritual life was with the Ananda Community of Bothell, where she inspired many by completing yoga teacher training at the age of 70. This community’s love and light gave Barbara and her family strength and courage in the final weeks of her fight with cancer and was a blessed part of her life. Her sharp intellect, broad smile and dry sense of humor will be greatly missed. Barbara was a wonderful mother, sister, friend, and accountant. Services will be held at St. John’s Episcopal Church in Snohomish on Saturday, February 18 at 2pm. In lieu of flowers, remembrances can be made to Doctors without Borders or Southern Poverty Law Center.