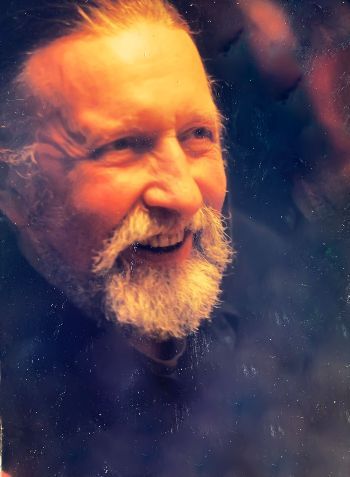 John Devere Severn, born March 19, 1935 in Hunters WA, died December 4, 2019 at his home in Shoreline WA due to complications from COPD. John was the only child of Justin and Sylvia Severn, who at that time ran a farm near Corvada WA.

In 1943, they moved to the big city of Spokane and from there to Richland, where his parents went to work for Hanford, which John always referred to as the death machine. He graduated from Richland High and went on to the University of Washington, where he earned a Master’s in History specializing in the French Revolution.

Not surprisingly, John's basic decency and caring nature—and his appreciation of logical, fact-based argumentation—led him to the political left. When called before his draft board in the early fifties, he insisted that he'd be pleased to serve as long as he could participate in completing the work of the Civil War by helping integrate the Jim Crow South.

He was won to the idea that, in order to make the world a better place, it would be necessary to engage the working class; and he joined the Young Socialist Alliance, youth group of the Socialist Workers Party (at the time the largest Trotskyist organization in the US).  As the Seattle correspondent for the YSA's monthly newspaper, John saw himself as a proletarian intellectual and spent much of his life working on the shop floors of a series of industrial concerns in the Seattle area.

John was extremely well-read, broadly knowledgeable and happy to share what he knew. One always left a conversation with John being better informed about early country music or paleontology or electric power generation or double-entry bookkeeping—not to mention Marxism, social and political history, and a raft of other subjects.

For a period following his involvement with the Seattle radical left, John regarded himself as an anarchist. Subsequently Episcopalianism and, later, Orthodox Christianity took the place of revolutionary politics in John’s life. During this time, religious study became the vehicle for John’s humanity and intellectual curiosity, but John remained a man of the left with wide-ranging interests.

In 1974, he married Kathy Ingalls of Seattle and they remained together for 45 years, bearing two children between them. John continued to cultivate a comprehensive knowledge of cooking and gardening. Over the past decade, he traveled to Barcelona on numerous occasions to visit old friends, make new ones, and to study the Spanish language and culture. He always relished good food and conversation with family and friends.

He is survived by his wife, Kathy Ingalls-Severn, his daughters, Thea and Anna Severn, and by his sons, Joshua Baker and Jacob Severn, as well as four grandchildren.

A memorial service will be held in 2020, date and location to be determined. 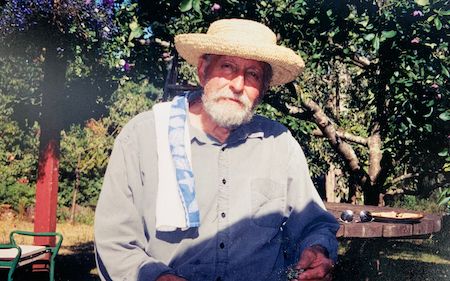 Hello Kathy, I am sad to see John's obituary.

We all met in Eastern Washington (at King B farm). I was working summers after nine months at First Unitarian Church as a conscientious objector. I remember working with John (I believe ) during 1974 harvest. I remember him with fondness for his kindness and generosity of spirit.

Can you let me know when the memorial will be held. I hope I will be able to come.

I worked with John at the old Tower Books on Mercer Street in Seattle.I will always remember John as a smart,funny,kind man.My thoughts are with his family and friends.

I knew John in the late 1950s and 1970s. I was active in SP/SDF while he was active with the SWP. Despite ideological differences, we became friends and it was always a pleasure to spend times with John -- arguing, debating, discussing, whatever. Over coffee or beer, we spent good times together.

Hi, Kathy here. Thank you so much for your lovely remembrances of him. He was a singular individual. His oldest daughter, Thea, and I have been planning a memorial for John. More of a party, really. It’s set for April 5th at 2:00pm at Thea’s house: 9226 1st Ave. NW. in Seattle. Please come if you can make it. We’d love to see you.

Hi, just so you know, Johns memorial has been canceled. Hopefully, we postpone to a more favorable time. Stay safe.

Hi Kathy,
I just saw John's obituary notice and wanted to send you my love and thoughts. John was one of a kind and a great contributor to the intellectual (and dry-humor) departments at Room Nine. My thoughts are with you and your children, and an especial hug to Jake.
Love,
Wendy Borton