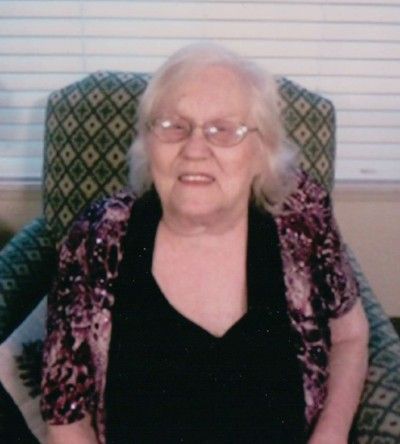 Shirley Marie Antoinette was born July 18, 1920 in Mansfield Washington and passed away  October 5, 2017 in Bothell Washington. She was born to Carl and Rose Matthiesen and grew up on Pleasant Valley Ranch. She had three siblings, Dale, Betty, and Lois. At the age of 18 she moved to Spokane Washington to begin her adult life.  She married Paul Shiermeyer and gave birth to two beautiful daughters Rose and Judy. Later she married Johnny Bachmeier and gave birth to another beautiful daughter, Janet. Shirley worked as a sandwich deli clerk for Fort Lewis, as a Nanny, Housekeeper and for the Selective Service and Social Security Administration in Okanogan and Seattle.  She belonged to Grace Lutheran Church in Seattle where she was a member of the Owls Group and Levite Team. She enjoyed taking her grandchildren on outings and spending time with her family. She is survived by her sister Lois Johnson, daughter Janet Zachman, grandson AJ Zachman, and granddaughters Margo Kuykendall, Linda Mele, Bonnie Wilder, Mare Morse, Sheila Wildermuth and Christina Szabo. She was  preceded in death by her parents, brother Dale, sister Betty, daughters Rose and Judy and granddaughter Kim Holmes. She has 16 great-grandchildren and 25
great-great-grandchildren all wonderful but too many to be named here.