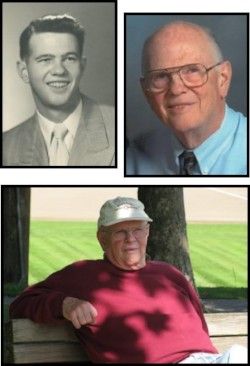 Melvin A Harrylock (Mel) was born in 1934 in Saskatoon, Saskatchewan, Canada to Carl and Violet Harrylock. He was the older of two children.  His family immigrated to the United States in 1948 and Mel graduated from Yakima High School in 1952.

He attended WSU and graduated from there with a 5-year Pharmacy degree in 1957. After working in retail pharmacy for a number of years, Mel switched over to hospital pharmacy, working at Maynard, Riverton, and Highline Hospitals until retiring in 1999. 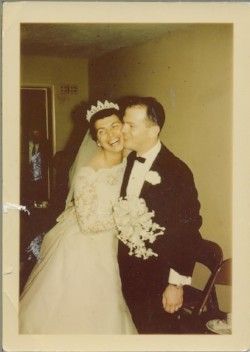 In the spring of 1959, Mel met his future wife, Jo, and they were married 5 months later. Mel and Jo had 3 children (Tom, Marcia, & Jana) who they raised in Normandy Park. He attended Des Moines Gospel Chapel where he served faithfully as a deacon and volunteer. Mel showered many around him with his generosity. He was known for his sense of humor, big laugh, and cheerfulness.  He is dearly loved and missed by his friends and family.

Mel was active up until the end; he spent the morning before his November 14th  hemorrhagic stroke seeing his wife, talking with his daughter on the phone, walking, and swimming.  He was surrounded by family and friends the next two days until he died and found a final resting place with his Lord in heaven on November 16, 2016.  He is survived by his wife Jo, his sister June, 3 married children, and 8 grandchildren.  Mel was 82 years old. 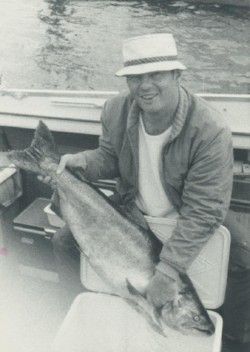 “Those who hope in the LORD will renew their strength.  They will soar on wings like eagles; they will run and not grow weary, they will walk and not be faint.”
--Isaiah 40:31

Dear Jo We were thinking of you. We had been to a memorial for Bob Bignold and that set us to think of you and Mel. It has been a long time. So sorry we missed Mel .I hope you and the family are doing well. I will keep you in my prayers.