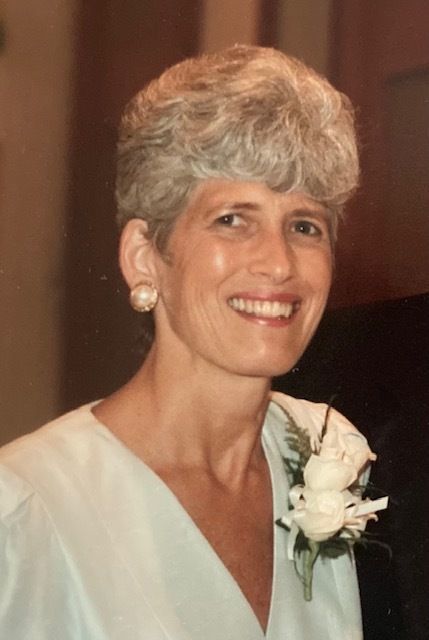 She was born on February 7, 1942, to Cecil and Theora Hite and grew up in the Blue Ridge area in Seattle.  She graduated from Ballard High School in 1960. In high school she worked as one of the original “Van de Kamp girls” and had the opportunity to work at the Seattle World’s Fair in her starched blue and white uniform.  After graduating from the UW with a BS in Home Economics Education, she taught Home Economics in Federal Way for several years.

She then enjoyed a very successful 31-year career at Continental, Inc which became Home Street Bank.   While there, she achieved many accomplishments including completing the School of Mortgage Banking in record time and rising to the level of Vice President, Loan Servicing, and later Vice President, Systems Administrator.  She always felt very supported by the President, Walt Williams.

She married her high school sweetheart and fellow BHS ’60 graduate, Tom Olsen.  They were married 58 years and had two children, Karla and Trever.  They enjoyed traveling to Europe, Australia, and the Caribbean, as well as the island of Kauai where the Olsen’s had a time share.

Karen loved gardening and created a large, beautiful Monet-inspired garden in their Edmonds home after a trip to France.   She so enjoyed spending hours there tending her flowers, rain or shine.  She was a lifelong Husky fan attending many football games, often tailgating with friends – in her final days she wore purple and said, “Go Dawgs”.   She also loved playing Mexican Train with dear friends, and had a great interest in genealogy, particularly on her father’s side of the family.  She traveled out to their family plantation in Virginia several times for reunions and did extensive research on their history.

At her request, there will be a private celebration of life.  In lieu of flowers, kindly consider a gift to Seattle Children's Hospital or The Association for Frontotemporal Degeneration (AFTD).