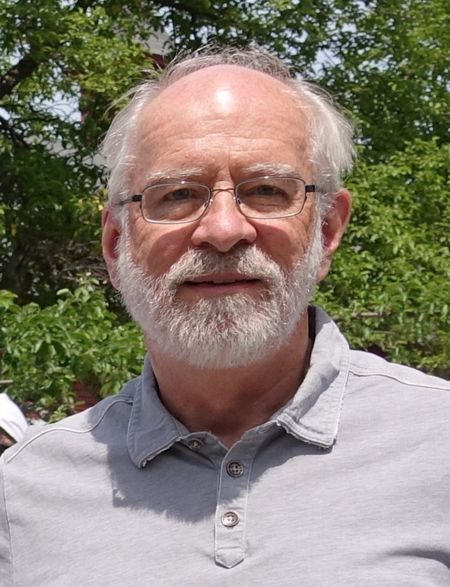 Douglas Walter, age 71, of Seattle and Mazama, Washington, died in Seattle of cancer Tuesday with his sons at his side. Born in Wilmington, Delaware, he was the oldest of four sons of William I. and Jessica (Allen) Walter. His family moved to Needham, Massachusetts when Dave was a young child and he attended Needham schools, finishing high school at Forman School in Litchfield, Connecticut. He attended Cornell University and managed the language lab there for several years prior to moving to Seattle in 1981.  Dave spent the summer of that year city-shopping, looking for a place to settle with a good climate and with less snow than central New York state.

In Seattle, Dave began his career in the computer industry. After starting in hardware design, Dave moved into software where he made significant contributions to the industry. He was one of the founders (in 1984) of Aldus Corporation, a software company that in 1985 invented the first desktop publishing program, PageMaker. In 1990, Dave became a co-founder of what became Visio Corporation and he was the technical architect of the Visio software. Its success owes much to Dave’s contributions. After leaving Visio, Dave participated in several other software ventures.

While in high school, Dave worked as an engineer at a local radio station and developed an interest in electronics and ham radio. After retirement, he rekindled his ham radio operation (K1ZSA). Dave loved to ‘tinker’ in his electronics workshop, use his telescope, mountain bike, hike, and cross-country ski and was widely read in areas ranging from ancient history to astronomy and physics. He enjoyed opera, had an outstanding mind, and was teaching himself Latin and Ancient Greek. Dave loved watching the birds and wildlife outside his Mazama home. In his final weeks, he was glad to witness the first SpaceX launch that successfully delivered astronauts to the Space Station.

Dave is survived by his two sons, Doug and Brendon, and three brothers, Glenn, Graham and Scott, along with three nieces and a nephew.

Per Dave’s wishes, his body will be cremated and his ashes privately spread at a later date. Memorial gifts may be made to the cause of your choice, or in memory of Dave, please do something kind for someone who could some kindness - He was a good soul and a kind man and he will be greatly missed.

Hello to Dave's Family, Dave and I attended Forman together and I so enjoyed our conversations. He had a great mind and a true sweetness to him. I recently reconnected at our high school 50th reunion and we had a lot to talk about. He was an older version of his great self. He loved his family and his career. My husband was also in electronics, so that really perked his interest. He will be greatly missed. My heart goes out to his family. Love and blessings,