Death in the Sitcom 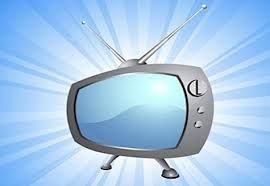 Last night I crawled into bed early and just turned on the TV for some noise as I was falling asleep. There was a sitcom on that I had never heard of before but it seemed to follow the generic family comedy formula.

The set-up was Mom had bought five burial plots for her family some 30 years before. With circumstances changing, divorces, marriages, children etc she called a family meeting to discuss what should be done with the plots. Her adult children and their spouses had varying reactions from being skeeved out to completely apathetic or bored. The most uncomfortable adult child started ranting that talking about death makes it happen. Unfortunately child, there are indeed two certainties in life, death and bad sitcom writing.

In a nutshell, Mom called a family meeting to talk about death, hilarity ensued. Or at least I wish it would have, this show probably won’t last past mid-season. They even missed the golden opportunity to use, “There is a history of death in our family.” Hey NBC, you need some quality family and death related material? You can contact me here.

I’ve sat in on thousands of family discussions about death. Most of them ended up with more laughter than the canned audience titters. There can be nervous laughter, but are wonderful moments of full belly laughs, even tears running down the face laughter. Laughing and crying can be mixed into a wonderful emotion.


Nora Menkin is the Managing Funeral Director at The Co-op Funeral Home. She has been a funeral director since 2007.