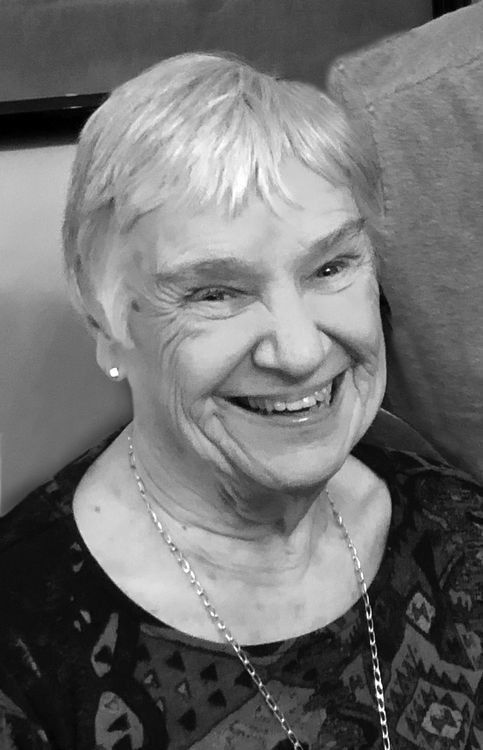 Sarah Catherine Morford was born in Seattle and after a long illness died in Seattle.  She was proud of being a fourth generation Seattleite and was active in many organizations in the city until age and health problems got in the way. She was the daughter of Kenneth James Morford and Gertrude Burwell Smith.

After graduating from Garfield High School, she followed her mother’s example and got her B.A. degree from Smith College in 1961.  As a graduation present her father gave her a trip around Africa led by the principal Africa consultant to the U.S. Secretary of State.  The knowledge and experience gained in the coastal countries became invaluable whenever Sarah met an African immigrant, of which there are many on the staff of Horizon House. She forged friendships with many of them, even in Assisted Living as she struggled with dementia.

After returning to Seattle, she taught English at Franklin High school, following the education-focused family pattern established since the days her great-grandmother, a Greek scholar, was president of the class of 1895 at the University of Washington.

Sarah married Russell F. Tousley in 1963 (her 1963 engagement photograph is shown below)  and continued teaching until she started having children in 1967.  From that point she focused entirely on the family.  After the two children no longer needed her as much, she got an M.S.W. degree at the University of Washington and became a practicing psychotherapist for several years.  Throughout her life, Sarah was a relentlessly curious, warm, kind, and loving person who enjoyed listening intently to the stories of everyone she came across, whether a close friend or a stranger.  A brilliant woman, she always brought good judgment and good sense to every situation faced by those who confided in her, and her insights and recommendations were invaluable to her husband and her children both personally and professionally.

Bainbridge Island was as much a part of Sarah’s heart and soul as Seattle. Her family had a place on Pleasant Beach, and she regaled listeners with stories of life there in the 1940s and 1950s, such as the days her dad would let her and her sister Ellen sit in the trunk of the car with the top up as he drove from Pleasant Beach to Winslow, none of the roads yet being paved.

She learned to love and understand horses when her family brought one to Bainbridge Island one summer when she was a teenager.  She learned to ride English at Smith College and she was an accomplished rider over the years.

Sarah was a long-time member of the Seattle Tennis Club, the National Society of The Colonial Dames of America, and Seattle’s Plymouth Church UCC; her most dedicated efforts arose from her membership in The Sunset Club, where she was an active leader who brought integrity and intelligence to key committees for years.  She also loved opera and especially attending performances and rehearsals at Seattle Opera and going to The Met.

She was passionate about books and an avid reader; whenever she was free of obligations or visiting with friends, she had a book in her hands.  In between books, she read every issue of The New Yorker. She never passed up an opportunity to go into a bookstore and almost never left the store without at least one book.

She is survived by her husband, Russell, her daughter Ellen Tousley Reid, her son Kenneth Morford Tousley, their spouses, William Reid and Catherine Brewster Tousley, and seven grandchildren (Sophie, Bridget, Liam, and Aidan Reid; and Robert, William, and Jane Tousley), all of whom were greatly loved by her.  She is also survived by her sister Ellen Morford Fisher, and her sister’s husband, Don Fisher, with both of whom she always had a very close and loving relationship.

The family suggests that remembrances be sent to Seattle Opera or the Horizon House Resident Assistance Fund.

My wife and I have only known Sarah since 2005 but the description of her talents and personality certainly matched what we enjoyed in our friendship. Unfortunately dementia has claimed the lives of both extraordinary women.

I simply loved Sarah! I use to swim with her years ago and admired her contagious laugh and attitude!
What a great spirit. Prayers to the family.

Mrs. Tousley was my Sophomore English teacher at Franklin, and a good one at that! It was an excellent introduction for me to the world of literature, including poetry, the classics, and the art of writing. Mrs. T was "green" and we probably gave her a hard time BUT - she must have made a great impression on me because I went on to UW, graduated in English and Secondary Education, then taught in Auburn Schools for several years prior to entering the real estate profession...where I became the defacto editor for many promotional pieces over the years.
Rest in Peace, Mrs. T

Read of her passing in UW Columns magazine. Franklin class of 1965. Believe I was in her English classes twice, first year as Miss Morford, and next year as Mrs. Tousley. Great times, and fond memories!

Remember a class assignment - Read a book and give an oral book report in front of the class. Very diverse class. The overachievers would do literature, jocks would do some books about sports, a large subset didn't seem to read much or participate in the class. Read a lot, action adventure, mystery, and detectives. Favorite author was Mickey Spillane, but didn't think that (Mike Hammer) would work for a book report. President Kennedy was still alive, and read a magazine article that his favorite author was in British intelligence in WW2, and wrote about a fictional British agent. Read several of his books and decided to report on one, thinking the president Kennedy favorite author connection might help, if problems. This was before the first movie came out. Day of the book report, nervous, had to stand in front of the class and speak. "This report is about a British agent, drives an Aston Martin sports car, carries a Walther pistol and has a license to kill his enemies." Reactions - over achievers looked at me like I was crazy, jocks had puzzled looks, the non participating subset sat up in their seats and began asking questions and commenting like never before, and Mrs. Tousley was not smiling. Remember some of the comments - "Is this real or made up? (able to explain difference between fiction and non fiction) Didn't know there were books like this. Might finally read my first book before I leave high school." Thought it went well, particularly for that group. But was asked to stay after class to discuss the appropriateness of my selection for an English class book report (and for my personal reading). Fortunately, was able to retrieve and bring in the president Kennedy magazine article. It may have helped a little. Thought it demonstrated my reading preferences were as good as the president's, but it could have demonstrated that the president's reading preferences were as bad as mine.

I greatly appreciated Mrs. Tousley's patience, understanding, skills and abilities to work with very diverse classes with widely different interests and abilities. She genuinely cared about her students. She gave me a much greater appreciation for communications. It helped me a great deal in college, and in work. I feel fortunate to have been a student in her classes.