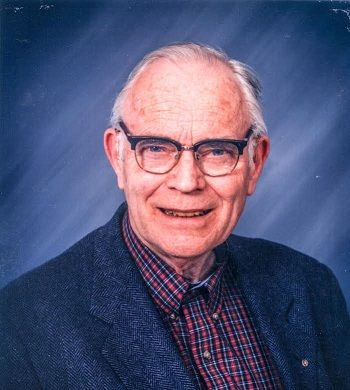 “Charlie” passed away at the age of 98 as the last-surviving grandchild of his namesake Seattle pioneer grandparents, Charles Kirkham Jenner and Cornelia Comstock Jenner. He was a pillar of his family, immediate and extended, and of his community, local and worldwide. With an unmatched reservoir of infectious enthusiasm and dedication, he was generous and idealistic, and was an early advocate for environmentalism and multiculturalism.

Charlie was born in Seattle to his parents Norman Legrand Jenner and Marie Patterson Jenner of Mercer Island, and he lived in the Seattle area his entire life. He was a member of the class of 1936 at Broadway High School and started attending the University of Washington in 1938. He married his wife of 52 years, Marie Brockschmidt, in 1942, just before departing overseas for World War II. Although he was a conscientious objector, he served as an Army Air Corps medic, reaching the rank of Staff Sergeant.

After the war, Charlie returned to the University of Washington. In 1946 he was a founding member of Group Health Cooperative, and he was proud that his daughter was the first female child born at Group Health Hospital.

After college, Charlie went into the construction business. In 1959 he founded Elan Construction Company with three partners. He helped guide Elan for nearly 30 years, and the firm became respected for its quality and integrity in commercial construction and renovation. He left a legacy of highly skilled, well-paid, union-trained carpenters and was loved for it.

Charlie joined the downtown Seattle Rotary Club, where he channeled his talents into many volunteer projects. In particular he contributed a great amount of organization and hands-on work to the High Point YMCA Unity Project. Mayor Norm Rice of Seattle proclaimed September 22, 1993, as Charlie Jenner Day in honor of his extraordinary dedication. In 1999 he received a Washington State Jefferson Award for community leaders due to his considerable volunteer efforts.

Charlie also engaged with a passion in launching the environmental leadership group EarthCorps. He served on the board of directors, planted hundreds of native trees in city parks, and renovated and repaired their office space. He tirelessly campaigned for the cause of growing diverse, grassroots, environmental leaders for communities, small and large, in the US and around the world. His leadership reverberates in places as diverse as the Cascade Mountains, India, China, Chile, Madagascar, Namibia, and Jamaica. A generation of EarthCorps graduates, staff and volunteers are grateful for his enduring and tenacious commitment to a more sustainable, equitable world.

Charlie was legendary for his huge organic Green Lake garden, for hosting extended family for games of pool and practical jokes, and for supporting his niblings in times of need. During the final years of his life, illness slowed him down, but he received excellent care at the Maple Leaf Adult Family Home—for which his family is highly grateful.

Charlie was preceded in death by his wife Marie in 1994, and by his siblings Julian, Norma, Marie, and Myrta.  He is survived by his son David (Ellen) Jenner of Seattle; his daughter Joanna Jenner of New York; grandchildren Nancy (Scott) MacCormack of Mercer Island and Norma Jenner of Seattle; great grandchildren Alice and Will MacCormack; and niblings Page Jenner, Jim Jenner, Bill Parks, Annette Bellamy, Russell Parks, and Alan Parks.

Charlie requested that no formal service be held at his death. Remembrances may be made to the Marie and Charles Jenner Scholarship Fund at the Seattle YMCA, 909 Fourth Avenue, Seattle, WA 98104.