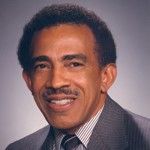 Harold Booker was born on October 22, 1933 in Spring, Texas. He was the third child of Alvirita Wells Booker and Arthur Booker, Sr. Harold and his wife Verda, had two children: Harold II (Gina) and Bradford Ian (Lisa). As a young Black man in the mid to late 1960’s, Booker fought against racism paving the way for his two sons and for future generations to come. At an early age he acquired the nickname “Little Einstein” because of his exceptional ability to exceed expectations academically, and being an astute leader among the student body. In the late sixties Booker overcame adversity despite strong opposition from the community. For example, he purchased a home for his family in an all-white neighborhood in Federal Way. He was also at the helm of the successful boycott protests by the Federal Way Commission of Human Rights to integrate the Elks Club which only allowed White males to join. Although Booker chose not to become a member of the organization, the protests led by Federal Way Elks members and citizens of the community greatly influenced The Elks Club to change its discriminatory policy.

In his professional life, Booker became a chemical engineer in the Manufacturing Research and Development Department of The Boeing Company; and later became an attorney in the Aircraft Contracts Department negotiating Boeing contracts for the sale of new aircraft in the Middle East and African areas including Kuwait, Jordan, Egypt, Saudi Arabia, Ethiopia, Bahrain, and Nigeria. While working in the research department, Booker developed metal finishing treatments that were patented by The Boeing Company. He retired from The Boeing Company after almost 40 years of dedicated work to the company.

Booker served as President and Executive Board Member of FIUTS at the University of Washington, International Director of the Washington State Jaycees, Chairman of the Board of Directors of the Seattle King County Economic Opportunity Board, Chairman of the King County Housing Authority (multiple terms), Chairman of the Federal Way School District’s School Naming Committee, Chair of the Federal Way Committee for Human Rights, Member of the Highline Junior College Appraisal Committee for Long Range Planning, Board of Directors of the National Housing Conference, Member of the Conference Wide Special Committee of the United Methodist Church for fund raising for traditionally Black Colleges which included extensive work with the youth in South King County, Elected Precinct Committeeman, Served on the International Board of “Project Concern”(Medical Relief Organization operating in Hong Kong, Southeast Asia, Mexico, and Appalachia), Selective Service Board (appointed by President Nixon) served on the Board until the draft was abolished, served on the Housing Committee for the Policy Development Commission of the County of King.

As Commissioner for the Housing Authority of the County of King, Booker’s services were outstanding and impactful. During his term, the Housing Authority’s holdings grew significantly and obtained nationwide recognition in the “Turn-Key” method of developing new housing for low income citizens. Under Booker’s leadership the public housing program grew from 1,000 units to over 10,000 housing units. Booker assisted in drafting National Housing legislation while a member of the National Housing Conference Board of Directors. He was the longest serving Commissioner in the history of the Housing Authority.

Booker volunteered with the Washington State Bar Association in providing legal services to those citizens who cannot afford to pay for such services and specializes in Family law related issues. He was noted in a Bar Association newsletter for his success in assisting minority clients through his pro bono work. These clients were often underrepresented or not represented at all because of lack of funds to pay for legal help. He was also honored with a special award for his work with HIV/AIDS clients in 1998. He was named Pro Bono Lawyer of the Year in 2005 by the King County Bar Association. He was the recipient of the Wayne McCAll Memorial Award as the Outstanding International Director for the United States Jaycees, awarded a Certificate of Appreciation from President Gerald R. Ford for contributions to the Nation and the Selective Service System and Military Selective Service Act, Recipient of the Seattle University Black Law Student Association for Professional Achievement Award( 2007), Delta Sigma Theta Sorority award for pro bono work on behalf of HIV/AIDS clients, recognized as a Distinguished Alumni of the Year by the University of Washington Alumni Association Multicultural Alumni Partnership for contributions in diversity, educational opportunity and social justice, Pro Bono Publico Service Commendation from the Washington State Bar Association for 50 hours of pro bono publico service each year for 10 consecutive years. Booker also volunteered for the Girls Club Foundation to benefit The Girls Club of Puget Sound, founded by his mother.

On July 7, 2015 Booker was presented with the Federal Way Mayor’s “Key to the City” by Mayor Jim Ferrell who remarked “often the true test of one’s character is how one responds when facing adversity. Harold Booker met adversity head-on and led the way forward, setting an example for generations to come. He is a beacon of hope, shining a light on the shadows of intolerance and bigotry. Harold’s actions helped to educate our community and his efforts resulted in increased equality and fair housing standards in our region.”

Harold was the most generous and kindest person I have ever had the opportunity to know.
Whenever I had clients who needed some legal advice, Harold was the man I called. His service
was always gratuitous . He had a loving heart and enjoyed helping people. He will truly be
missed by everyone who knew. I just cannot believe he is not with us anymore!