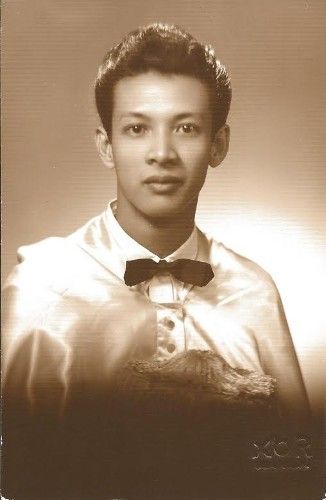 Dr. Felipe Galvez Castro was preceded in death by his beloved wife, Belen. He passed away peacefully on July 18, 2016.  Born May 1, 1923 in Plaridel, Bulacan, Philippines.  Survived by five children, Teresa (Vic Pineda), Marian (Kirby Nelson), Philip, Edwin and Michael (Ellen Yun).  7 grandchildren, Christine, Karina, John, Kristopher, Nicholas, Nicole and Kailey; and 5 great grandchildren, Brandon, Austin,  Jaden, Evelyn and Alana.   Felipe earned his M.D. degree from the University of Santo Tomas (UST) in Manila.  After graduation, Felipe began his private practice as a physician and professor at UST and Letran College.  His family immigrated to the US in October 1974 and settled in Seattle.  Felipe led an incredible life and will be missed by the lives he has touched.