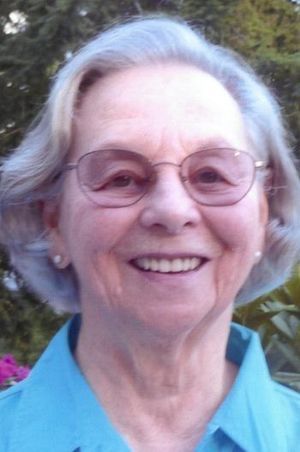 Mary was the first of 8 children born to Leona C (Landers) Sebrey and Harry A Sebrey in Louisville, Kentucky. She and her family moved to a farm in Indiana just as she entered elementary school.

As a teenager, Mary was influenced by a favorite aunt, Sister Mary Victoria, to join the Sisters of Mercy. She attended Edgecliff College, run by the Sisters. After WWII, government scholarships became available and Mary attended nursing school. She earned a BSN from Edgecliff College in Cincinnati, Ohio and an MS in Nursing at Catholic University of America in Washington DC. In 1963, she left the Sisters and joined the faculty of the University of Washington School of Nursing (Dept of Maternal-Child Health,1963–1981).

Mary was a long time member of St. James Parish in Seattle. She joined the Women’s University Club in 1971 and served on the Board of Trustees for two years. She chaired several committees at Horizon House and the Women’s University Club and enjoyed their art and literature classes and presentations. Mary married Bill Totten in 1971 and over the years they traveled abroad and in the US, many times with their children and grandchildren. Supporters of the arts, they regularly attended the Seattle Symphony and Opera. Bill and Mary moved to Horizon House in 1983.  Bill passed away in 2005.