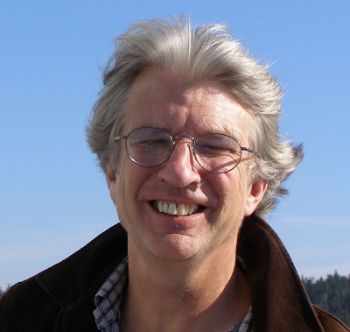 William D. Clay was a poet, painter, and high school English teacher who lived in Seattle from 2000 until his death on September 22nd 2019. He was born in 1952 in Evanston, Illinois and lived for over 20 years in New York City. He was the eldest son of William Clay and Mary Jane née Rogers. He studied at The Gunnery School (1967-69), at University of the Pacific and Hunter College. William trained as a painter at the New York Studio School, and earned an MFA in Writing from City College of New York. His art earned him fellowships at the MacDowell and Ossabaw art colonies and the Yale Summer School of Art. As a much-loved English teacher at Morris High School in the Bronx, he was the winner of the 1995 New York City Poetry Teacher of the Year Award. His exquisitely wrought poems were published in Poetry, and were featured in The Poetry Anthology, 1912-2002: Ninety Years of America’s Most Distinguished Verse Magazine.  After teaching in China on a teacher exchange program, William embraced the study of Chinese language, art and literature, producing a beautiful manuscript for a textbook to bring greater understanding of China to American high schools.

William was an avid sailor, and was widely traveled, although his greatest love was reading; a habit through which he developed an extraordinary erudition.  His polymath knowledge made him a consummate and delightful conversationalist, yet his utterance were never arrogant, always tempered with a careful regard for his audience and the needs of those to whom he was dear.  His joyful humor was constrained by the dark edges of a “melancholy Darwinism,” an introspective fatalism that he shared affectionately with Quincy the cat, and which sustained him through the difficult years of his long illness.

William Clay leaves behind his wife, Judith Henchy, his daughter, Caroline Nielsen, his mother May Jay Clay, a grandson, William, and brothers Giles and Peter. He is mourned by a host of friends. Commemorations in the name of William D. Clay may go to the ALS Association [http://www.alsa.org/], or the University of Washington Libraries, Southeast Asia Section [http://guides.lib.uw.edu/c.php?g=342111&p=2300328].

Parking is free in the stadium parking lot.

William was, indeed, a very special person. Throughout his long illness, he continued with amazing grace and acceptance. Since he was not a boastful person, I had no idea how talented he truly was. Fortunately, I had the privilege of hearing some of his poems. William Clay lived a full life and will be missed by many.

As a friend of both William and Judith, I am saddened to learn of his passing. As an ALS sufferer myself I was inspired by William's heroic struggle.

The year has burned down to its low ash,
And the hour has not, in the hurrying
Intersection of shadows, stirred the Phoenix,
Supreme hospital, spread your wingspan;
That I should live until the parking lot reconstruction,
Most recently in its wide anatomy of cement,
With new human speckle now coming alive.
In these domains, the doctors come in pairs, even
As disease appears in its fractional half-state.
White Master Mechanic Mike and the Karbala Kid,
Baby-faced and cadaverously cool in a black hijab,
Jabbing meticulously at my jabless leg and jittered hands.
In these domains, the windows are long gone,
And an ash white light, high in electrical efficiency,
Is eternally left on.
But the Phoenix is internal: his being is interred
In the history of electrical projections; such are the beautiful
Projections expressing their genius over the neuromuscular world.
The talk splits off into genes, C9 orf, and 1Sod1,
Cleanly coiled as the Christmas ribbons, far removed,
As a set of tear-offs for a scientific study advertised at the exam room;
Confidentiality is assured; the Phoenix will help humanity.
The room should be empty soon.
William D. Clay