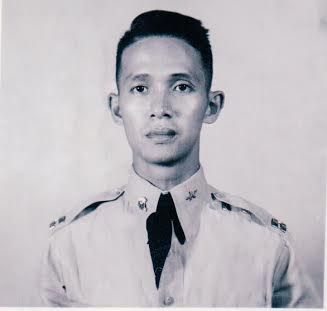 Passed away peacefully on May 10, 2015 surrounded by family. Known as Miling to friends, Col. Pineda was born on April 29, 1917 in Hagonoy, Bulacan, Philippines. He was a survivor of the Bataan Death March, serving as a young USAFFE lieutenant during World War II and later as an officer in the Philippine Air Force. He migrated with his family to Seattle in 1967, working as an engineer at the Boeing Company and at the US Postal Service.  Preceded in death by his eldest son Rene and his parents, Bonifacio and Segunda Pineda, Miling is survived by his wife Lydia, his children: Victor, Dennis, Maricel, Norman and Marilou, 11 grandchildren and seven great-grandchildren. He enjoyed travelling with his wife on religious pilgrimages to Italy, France, Spain, Portugal, Israel, Poland, Turkey and elsewhere. His simple perspectives on life and his indomitable fighting spirit were classic characteristics that endeared him to friends and relatives. Viewing and rosary will be at 6:00 p.m. Friday, May 15th at University Lutheran Church, 1604 NE 50th St., Seattle, WA 98105.  Funeral mass will be celebrated on Saturday, May 16th at 10:00 a.m. at Sacred Heart of Jesus Catholic Parish located at 205 2nd Avenue North, Seattle 98109.  Interment will be at Holyrood Cemetery immediately following mass.