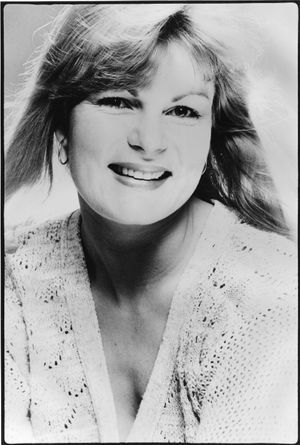 Debra Leanne Phillips was born in Seattle on August 30, 1954 and died in Seattle on August 6, 2020, the first of two daughters born to Beverly Bendiksen (Phillips) LaVictoire and Charles Bud Phillips. She spent most of her childhood in Edmonds and graduated from Woodway High School in 1972.

While growing up in Edmonds, Debra was a member of the Driftwood Players, a youth acting troupe. She continued to pursue Drama throughout high school and college, making the switch from performing to costume design. To earn money during college, Debra worked as a waitress, taught exercise classes, and taught skiing. She also worked as a cook on a crab processor in Alaska one winter and worked in a fish cannery in Alaska two summers.

Debra graduated from the University of Washington with a BA in Drama and her first career position was as the Wardrobe Supervisor at Jack McGovern’s Music Hall in Seattle. Since pursuing costume design as a career probably meant she would have to move to LA or NYC, Debra gave up that dream, choosing instead to remain in the Pacific NW with its abundance of family, friends, and ski slopes. Debra learned to ski at the age of six and went on to become a racer and then an instructor. She also worked at ski shops in Seattle and Anchorage, specializing in altering ski clothes.

From that career, she moved on to becoming a 9-1-1 operator for about 20 years. Her final career was in Human Resources for a government subcontractor. She retired early on disability when she was diagnosed with Lewy Body Dementia in 2012. She worked very hard at remaining active and positive in the final eight years of her life, but that terrible disease finally won out, taking her life as it did her father’s life in 2007.
Debra will be remembered, first and foremost, by her loving son, Ian Phillips of Bothell. They were a great team and they played as hard as they worked.
Debra will be remembered by her mother who reluctantly survives her, Beverly LaVictoire of Seattle. Debra regularly challenged her mother during her teen years, but eventually became her companion to share the challenges of failing health. Debra will be remembered by her surviving little sister, Danna Anderson, of Edmonds as her favorite ski companion. She will also be lovingly remembered by her stepmother, Mary Phillips, of Waitsburg, Washington.

She will be remembered by her nephews Jason, Andy, and Kevin and her niece, Brooke, as the aunt who regaled them with crazy stories of her days in the fishing industry in Alaska and stories of the stranger-than-fiction 9-1-1 calls she received. Debra will be remembered by the many cousins and friends who skied with her, partied with her, traveled with her, and experienced her exuberance and spontaneity. Lucky for Debra, her people could keep her reined in just enough to keep her alive through her many adventures.

Farewell and blessings on your new adventure, Debra!

That picture embodies everything I remember about her: beautiful, great sense of humor, just a touch of mischief, strength and love. She never did anything by halves. I haven't seen her in nearly 50 years, but my memory of her is precious and clear. I hope we meet again. Thank you for sharing her with us.

What a beautiful tribute to Debra's life. She will be remembered by everyone who came into contact with her. God bless you and keep you Debra. Rest in peace.