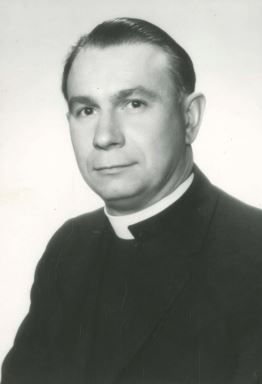 He was Professor of Theology at Valparaiso University (Valparaiso, Indiana), where he was recognized and appreciated as an extraordinary teacher. In 1959, he initiated a dialogue between theologians at Notre Dame and Valparaiso Universities. These talks became a precursor and model for the Roman Catholic - Lutheran Dialogue that followed the Second Vatican Council. In 1967, he became the first protestant theologian on the faculty at Saint John’s University (Jamaica, New York), where he was coordinator of graduate studies in theology from 1969-71. He was Professor of Pastoral Care and Director of Internship at Lutheran Theological Southern Seminary (Columbia, South Carolina) from 1974 to 1987. During that period, he also worked to establish and lead the American Internship Program for Hermannsburg Mission Seminary (Hermannsburg, Germany), and served as Professor of Pastoral Psychology at DeAndreis Seminary (Lemont, Illinois). From 1983 to 1992, he was affiliated faculty at the Northwest Theological Union in Seattle, Washington.

During his career, he authored numerous journal articles and he is widely known for editing and translating theological works, including The Theology of Martin Luther and The Ethics of Martin Luther, both by Paul Althaus, and Luther’s Works, Volume 46: The Christian in Society III. At the time of his death, he was actively engaged in editing and translating a book by Werner Elert, with whom he studied at Erlangen. Throughout his career, he also served as pastor or interim pastor at numerous Lutheran congregations throughout the United States.

Robert Schultz was appreciated by many as a thoughtful counselor, a tireless solver of problems, and a loving husband and father. He died in Seattle after a short illness at the age of 90, surrounded by his family and friends. He will be dearly missed. He is  survived by his wife, Ruth (nee McRee) and their four children Martin, Stephen (Muriel), Jonathan, and Susanna (John).

Ruth: I don't know if you will get this, but I was glad we had a chance (George Baldwin, Brian Allen and myself) to skype with Bob. Not all the electronics were perfect but we had at least 3 sessions. Bob was his usual intense self in his older age, but it stimulated the discussion. His picture and bio are quite nice. As you know he stayed with us a couple of times, but some years ago now. I am sure you will miss him. Our daughter Meredith, lives in Seattle, works as a nutritionist. She stayed with Jim Buskirk when she first moved to Seattle. Jim is a member of St. Marks. I am glad to know about Bob and I hope you and your family are doing well.
Gene Timmons