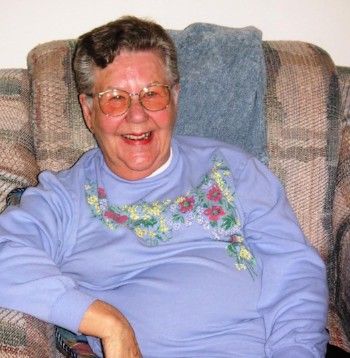 Dolores Naomi Duffield born April 17, 1923 in Raymond, WA. and died January 22, 2017 in Kirkland, WA at the age of 93.  She was the eldest of 3 children, Joe Lewis of Shelton, WA and Dixie Leske Gagnier (deceased). Married to Arthur Willis Duffield (deceased) on January 31, 1946, she and Art had two sons, Lawrence (Larry) E. Duffield and Gerald (Gerry) J. Duffield.  Naomi served in the US Navy as a WAVE from April 16, 1944 to March 7, 1946, stationed in Pensacola, Florida. She and Art moved from Raymond to Seattle in 1957 and lived in the Greenlake area then later moved to Bothell, WA where they lived in Green Acres Mobile Home Park for over 40 years.  She then moved to Vineyard Park Senior Residence and for the last 5 years was lovingly cared for at Mari’s Adult Family home in Kirkland. She is survived by her two sons; her brother; Daughter-in-law, Elna Duffield; 5 grandchildren, Steve, Mike, Alex and Zach Duffield and Angel Patton and 13 great grandchildren. She worked as a bookkeeper for many years and upon retirement volunteered for many organizations including Seattle Children’s Hospital Guild Association; Bothell Senior Center and Bothell United Methodist Church.  She enjoyed family, crafts, square dancing with the Dancing Vigilantes and traveling in their motorhome around the Pacific NW.  Her life was “rich” with the endearing love from her husband, family and friends.  As quoted from a dear friend, “She was a FOREVER Friend” to many.  A memorial reception will be held at Bothell United Methodist Church (18515 92nd Ave NE – Bothell, WA 98011) on Saturday, April 22, 2017 from 2:00-4:00 PM.  Remembrances may be directed to either Seattle Children’s Hospital – Commemorative Giving at P.O. Box 5371 - Seattle, WA 98145-5005 (Online donation:  www.seattlechildrens.org/ways-to-help?donate?commemorative-giving/ ) or to Bothell United Methodist Church at the address listed above.