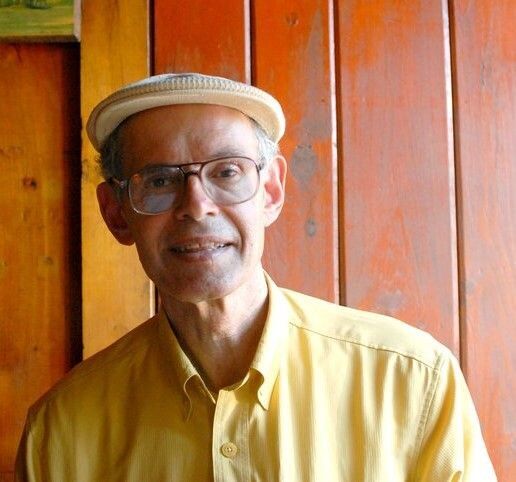 Fred Hyde was a labor militant, passionate civil liberties attorney, Washington state hearing examiner, and 50-year activist in the Freedom Socialist Party. His dedication to the rights of people of color, LGBTQI+ folks, and women established him as a respected voice in early campaigns at Washington Federation of State Employees Local 435 and the King Co. Labor Council, on city and state issues of equity and workers rights, in anti-Nazi organizing, and in key legal cases against discrimination and for the right to dissent. He remained politically active long into his battle with Parkinson’s Disease and was active in Retired Public Employees Council Chapter 3. Raised on a cattle ranch near Klamath Falls, Oregon, Hyde attended Yale University and the UW Law School. He is survived by life partner and comrade Megan Cornish; sisters Mary Williams Hyde, Sue Katsel, and Rhoda Bennett; and many cousins, nieces and nephews. Donations in his memory may be made to the Freedom Socialist Party, fsp-seattle.square.site, or Organized Workers for Labor Solidarity, P.O. Box 94614, Seattle 98124. A memorial will be scheduled and posted here. Sign Fred's guest book here or at obituaries.seattletimes.com.

Happy New Year Fred. Goodbye to a great comrade and housemate.
A toast to all your many struggles and victories for working people.

Sad to see this news. Fred was a very special guy. I hadn't seen him in years but memories of him are very fond. Hands up to all the hard work you've accomplished in your life...much that will pass on for years to come. Farewell, Fred.

Fred Hyde was a courageous and loyal member of the working class. He was also a radical lawyer who had the guts of a burglar. If he thought a fight was worth having, you couldn't scare him out of standing up for those that needed his help. He devoted his life to defending free speech and freedom of association for socialists and other political minorities. In his decades of activism, he was often the lone voice in the Martin Luther King Labor Council calling for union leaders to join the fight to defend the LGBTQT+ community, immigrant rights, indigenous fishing rights, the Equal Rights Amendment, women's right to abortion and so much more. When socialist feminist Clara Fraser sued Seattle City Light for age and political discrimination, Fred and attorney Val Carlson represented her, winning an historic victory. Fred also represented the Freedom Socialist Party in a suit brought against the party by an ex-member who tried to get their membership lists. That case went all the way to the Washington State Supreme Court and established important privacy rights for member organizations, including unions. Fred will be remembered by all those he fought beside when being a socialist feminist man was not "the thing to do." Farewell, Fred, we'll see you in the streets! And many thanks for all you taught us.

So sad to hear of Fred's passing. Always glad to see his familiar face at an event or a protest. Rest In Power, Brother.

Fred taught many of us what labor solidarity truly means, how to live it, how to fight for it, how to inspire it in others.

His depth of knowledge, especially about working class struggles around the world, his character and principles, his appreciation for art, celebration and life--all this made Fred a wonderful comrade and friend.

One of my favorite memories of Fred was when he and Val Carlson stood up to two sloppy, red-baiting, Democratic Party attorneys when the Freeway Hall Case finally went to trial before a judge in King County Superior Court. I saw how hard they worked behind the scenes but seeing Fred and Val in action in front of the judge was amazing. They were confident, organized, clear and strong. Compared to the two hacks trying to bring down the Freedom Socialist Party (stomping on everyone's constitutional rights along the way) who were disorganized, messy, and obviously biased. I knew we had won even before the judge's ruling confirmed it.

Thank you Fred. You will be missed but you left behind a legacy that will keep the fight going.

Fred Hyde remained a steadfast socialist feminist to the end. He continued to use his political beliefs as a tool to build support for labor, women's equality, racial justice, LGBTQ+, immigrant rights, Native American sovereignty. He is a working-class hero and an inspiration. I always enjoyed Fred's stories of his political struggles and victories he had throughout his life. I will miss my comrade.

I met Fred when I joined the Freedom Socialist Party and he was already a veteran people's lawyer with many victories notched on his belt. What impressed me so much about him was not only his dedication and accomplishments, but his warm, kind attention towards the people he was fighting with and for. At one point I was abruptly fired from my job, and Fred was just a phone call away to help me secure unemployment to help me survive. He did so without hesitation, and I doubt he knew how much it meant to me while I was still in shock. Fred was a great man who I know lived a life full of these small, meaningful acts. For that reason I know he touched many lives like he did mine. He will be missed.

I had the privilege of working with Fred on numerous civil rights and civil liberties cases over four decades. We met in law school and both found our political home in the Freedom Socialist Party, drawn to the party’s feminism, its multi-issue approach, and its commitment to building a militant, multi-racial movement to replace capitalism with a truly humane system.
Fred was brilliant and courageous in his legal work and his political activism. In his day job as a state hearing examiner, he enabled thousands of workers to secure unemployment compensation. Throughout his life, he was a labor activist and defender of immigrant rights. He was a role model as a feminist man and advocate for LGBTQ+ rights long before this was popular.
In the National Lawyers Guild and its Marxism and the Law Caucus, Fred inspired many law students and young lawyers to use the law as a powerful tool to fight discrimination and oppression.
Fred enjoyed life and generously shared his love of learning, culture, and music with all who knew him.
Fred left us way too soon, but his spirit and accomplishments live in our hearts and in the world.

Fred was a dear Freedom Socialist Party (FSP) comrade. He dedicated his life to working class struggle for humanity’s liberation. He always knew what side he was on - the side of the oppressed and exploited. As a queer Latina and unionist I always knew that he had my back politically in the movement for social justice and revolutionary change. He encouraged youth, women, LGBTQ+ folks and people of color to exert our leadership and defend our principled ideas. I know that personally because that’s what he did for me whenever I saw him at FSP gatherings. He also encouraged me and all of us through his writing and bold activism. He was an inspiration. ¡Que Viva Fred!

I was so sorry to hear of Fred Hyde's death. It represents a great loss to the movement fighting for a socialist world. Fred was a dynamo of courageous, creative and consistent revolutionary activism.

Getting to know Fred was one of the reasons I came to have such high regard for the FSP. Like my other friends and comrades in the FSP, Fred always did his work and lived his life with complete integrity, offering comradeship and solidarity to all those he worked with, be they in the FSP or not, such was Fred's lack of sectarianism.

I truly regret that, living in different states, I was not able to work more closely with Fred, except on some work we did over the years in the National Lawyers Guild. Because time spent with Fred Hyde was time spent with a true revolutionary and one hell-of-a-fine, and loved filled man. To say he will be missed is a grossly inadequate way to think of our loss. I choose, instead, to think of how fortunate we were that Fred Hyde lived, and lived the grand and productive life he lived while among us.

When I lived in Portland and was the head of Radical Women I was sued, along with many others, by a right wing, anti-LGBTQ, and anti-feminist activist. Fred traveled to defend me and RW and brought supporters with him. We all went door to door in a reportedly conservative district about the case, and were warmly received. One of those canvassing was a large, hairy chested man wearing only a leather vest and shorts, and chains. He was invited in for tea at a house. Later, when going through security gates to enter the courthouse, Fred put this man's chains in his briefcase so he could get through the gates. So when Fred's briefcase was opened, there were the chains, handcuffs, etc. And we either won the case or it was dropped, I can't remember which. But this story is typical of Fred's politics and style of radical lawyership.

Fred believed in us — he believed that poor and working people deserved so much better than we get, AND that we could fight for ourselves. He more than knew this. He DID it and showed others how to. Plus he knew every song from Casey Jones (the union scab!), to We Shall Overcome, to the International. His fighting spirit, combined with great compassion and humanity, is what I will remember and carry with me about Fred.

Fred Hyde was an inspiring socialist feminist leader, labor activist and lawyer, always standing up for the freedom of the most oppressed. I first met Fred in the late 1980s when I attended a Freedom Socialist Party convention as a guest. He was one of the first people to welcome me warmly, find out about my political interests, and encourage me to join the revolutionary struggle. His example is one of the reasons I joined the party a few years later. Over the years we were comrades in the FSP, I learned many lessons from Fred on how to be effective in the union movement and how to apply Marxist theory to international work, along with the importance of taking on leadership. I remember him fondly and send condolences to all who knew him!

Fred was a principled man, whose motivation for life was fighting for justice, peace and the welfare of working-class folks. He was a force for honesty and sharing, and a gentle man. He will be sorely missed.

[From a card sent in the mail]

"To Fred's family and many friends, Hope it helps to know that many heartfelt thought are with you and your family. Fred was a strength for all of us. It was my privilege to study with him in law school and later reconnect, meaningfully in our work as state [administrative law judges]. Sincerely, Mary Gallagher Dilley"