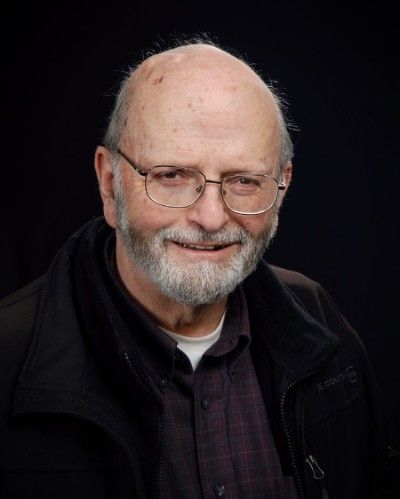 Ron was born in Seattle to Adam Puckett Layman and Carolyn Caldwell Layman on Jan 25, 1937.  His family included his older half sister Barbara,  his younger sister Shirley Rae, and younger brother Adam Keith.  He grew up in West Seattle and went to Lafayette Elementary School and attended West Side Pres as a child with his parents who were very active in the church.  He attended Highline High School when the family moved to Burien, but later they relocated to West Seattle again where his Dad was the JC Penney store manager.  He went to Seattle Pacific University almost 3 years until the untimely death of his Dad when he had to quit and start working.  Most of his life he worked in the insurance industry as a multi line claims adjuster for Oregon Auto/North Pacific Insurance.  He and his wife Linda met in 1970 at a Valentine Day party sponsored by University Presbyterian Church. They married two years later in 1972.  They had fun building a life together including restoring three old rental homes for 6 years while both worked full time--Ron as an insurance claims adjuster and Linda as an Occupational Therapist.  Then came the birth of daughter Jana in 1978 and son Adam in l985. Family life was very important to Ron and he took the kids on many adventurous and fun outings-- old car swap meets in Portland, antique collecting, fishing trips everywhere,especially CleElum River and Puget Sound, hiking and backpacking up Red Top Mountain for agate digging, RV trips to many National Parks and scenic places, movies, and snow sledding up at the pass. Ron loved life--especially people and hobbies galore. One of his favorite things was sitting and talking with old friends and making new friends wherever he went, from the highway rest area stop, the local cafes, the parks, everywhere. His other passions were for restoring and collecting parts for old car restorations.  He had many cars over the years, but his favorites were Model A's.  He still has his l929 Model A roadster from his high school years. He basically liked anything related to transportation and collected old boats, sailboats, outboard motors, motorcycles, bicycles and the list goes on.  Linda put no limits, but drew the line when he thought about learning to fly an ultralight airplane and also when he parked his special motor cycle in the living room. He knew nothing about carpentry per se but taught himself and was very proud to have made overhead  oak kitchen cupboards that matched the ones we had.  Ron grew up as a boy at West Side Pres Church where his parents, Carolyn and Adam Puckett Layman, were very active.  Ron told Linda he alway carried his small Bible in his back pocket at school, and his faith was very important to him.  He told Linda he picked her out in part because he knew she was a Christian. In the latter years of his life, he attended Bible Study Fellowship, and he was on fire to share the good news of Jesus with all his friends and family, as well as any person he met in his day to day life and travels. He truly loved his friends and family and all those he met; and he was a loving, supportive soul mate for Linda their 46 years of marriage together.

Dear Linda, Jana, and Adam
We saw Ron’s obituary in the paper. So sorry for the loss of a dear husband and father. I met Ron at Univ. Presbyterian Church many years ago and have many fond memories of him.
We know Ron is meeting his Savior in heaven and renewing many friendships.
Sincerely,
Neil and Meg Torvik