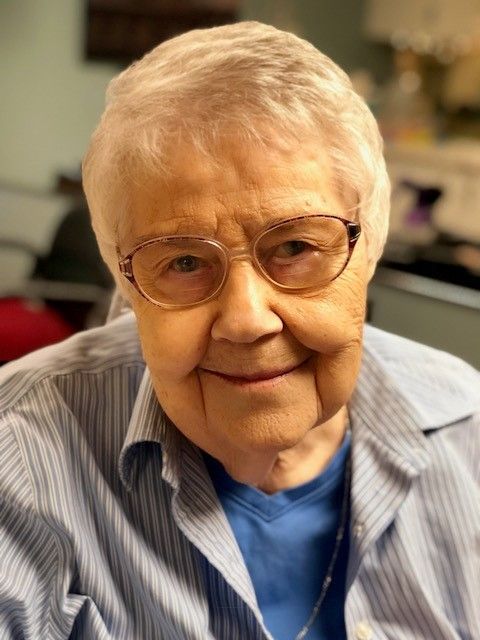 Miriam Lucille Hancock Taylor of Seattle, WA and formerly of Miller, South Dakota passed away on September 24, 2019 at the age of 96 at the Foss Home in Seattle.

Miriam was born December 9, 1922 to Fred and Lulu (Smith) Hancock of Miller.  She married Leland Taylor in 1940 and moved with him to the Taylor Farm in Glendale Township where they raised five children before moving from the farm in 1977, relocating in Lake City in the greater Seattle, WA area.  In Lake City they became active members of the Lake City Presbyterian Church and the Lions Club, and also began enjoying winters in their RV in Mesa, Arizona.

Lee passed in 1990 but Miriam continued to live in their Lake City home until 2011 when she moved to an Assisted Living facility in Seattle and later to a Skilled Nursing facility.

Celebration of Life plans are pending.

Miriam is my first cousin once removed. She was a unique, special and wonderful person. Through her I learned about my great grandmother (her grandmother) things that I would never have learned anywhere else. She had a great memory and sense of humor and could tell wonderful stories. I am so glad that we met and had several visits with her both in her home and at the care center.
Miriam loved her family and was proud of them. May God comfort and bless her family.

Miriam and Lee where neighbors of ours for more than 20 yrs..They hosted our neighborhood potlucks
on many occasions and Miriam's Ladies Bible Study group was so much fun to be invited to. I missed
her when the house was sold, but we could visit at Foundation House to talk . She was always a "tell it
like it is" person..I loved that about her. When she moved to Foss she was still close and we could visit
I know she is with the Lord now..but I know I will see her again and we can visit. Peace and Comfort
to the Taylor Family.