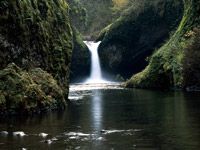 Mildred Oppenheimer died June 6, 2014, two weeks prior to her 89th birthday , after a long and painful illness. She was surrounded by her loving family, Gerald J. Oppenheimer, her husband of 67 years, her daughter Dvorah, son Jory and daughter-in-law Kari Anderson and adored grandchildren Jonas and Lina, brothers-in-law, cousins, nephews, nieces, grandnephews and grandnieces.  Her sisters Ruth Crow and Lucille Glickman predeceased her.

Mildred was born June 19, 1925, in Seattle, to Ben and Celia (Bergman) Karnofsky, graduated from Garfield High School in 1943 and, in 1947, from the University of Washington where she also received a MA degree in Librarianship.  During her husband’s graduate studies, 1947 to 1953, she lived in Boston and New York but she returned to live permanently in Seattle.  She worked, first, at the King County Public Library but retired, after many years, from the Seattle Public Library.

Her greatest joy in life was being with her family.  She also derived much of her enjoyment from the friendships she had formed, especially with her ex-librarian colleagues, from travels to Italy, Greece, Spain and Mexico, from hiking on Mt. Rainier and in the North Cascades and from chamber music.  Reading was her passion.  She was an active participant in support of liberal causes.

Words are insufficient to express the family’s appreciation for the care provided by Margo Kunz and the whole staff of the Group Health Hospice Program in making her last illness bearable.

At the request of the deceased the cremation will be private and there will be no memorial.