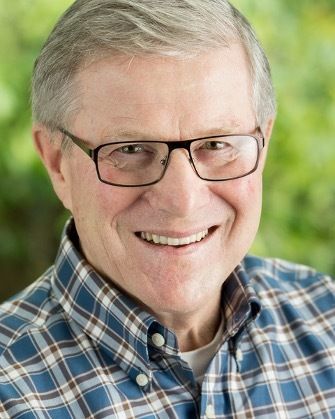 Lawrence (“Larry”) Colman Pierce, Seattle, devoted husband and father, passed away, surrounded by his loving family, at Virginia Mason Medical Center on Thursday, July 22, 2021, from cancer. He was 84.

Larry was born in Seattle on December 24, 1936, the son of the late Lawrence and Isabel (Colman) Pierce. He grew up in West Seattle and graduated from West Seattle High School in 1955 and Yale University in 1959. In 1961, he married his high school sweetheart, Robin E. Gaffner (1937-1985), also of West Seattle. After several years in the US Navy as a lieutenant junior grade, Larry attended Cornell University, earning an MPA in Public Administration and Finance. A Fulbright Scholarship took him to the University of the West Indies for two years to create a degree program in administration. He returned to Cornell for a Ph.D. in Government and then settled with Robin in Eugene, Oregon, where they had a son, Eric. At the University of Oregon, Larry worked as a professor of political science, department chair, assistant to the university president, and assistant to the chancellor of the University of Oregon system. After leaving Oregon, he spent several months as a Postdoctoral Fellow at Oxford Brookes College, Oxford University.

Larry moved to Baton Rouge in 1990 to become dean of the College of Education at Louisiana State University. There, he met Donna L. Mealey, a literacy education professor, and they married in 1992. They moved to Seattle in 1996 to raise their daughters, Emma and Katie. From 1996 to 1999, Larry was a research professor in the Center for Reinventing Public Education in the Evans School of Public Affairs at the University of Washington before retiring to enjoy his young family. He built a house himself on Horsehead Bay in Gig Harbor, Washington, and planted and tended a large garden there on beloved family property, the original site of Camp Colman before its relocation to Longbranch in 1966.

Larry served on the boards of Westside School and the White Center Food Bank, taking on the roles of president and treasurer at the food bank for several years. He also served on the board of the West Seattle Monogram Club and chaired the Scholarship Committee. Along with other community members, he was instrumental in bringing the International Baccalaureate program to Chief Sealth International High School and arranged for college admissions representatives from across the country to visit and inform students about schools beyond the Pacific Northwest. He served Fauntleroy Church United Church of Christ as moderator, worked on the finance ministry, helped lead a capital campaign, and was a devoted member of the choir’s tenor section.

A memorial service will be held at Fauntleroy Church in West Seattle later in August. In lieu of flowers, the family welcomes memorial donations to the White Center Food Bank and YMCA Camp Colman. Memories and condolences to the family may be written below in the comments.

Thanks Larry: you were always an inspiration to me. A quiet, steady example in our high school days together, as well as at the Church. God bless your wonderful family for all their contributions to the Fauntleroy community.
Paul Harvey

Thinking about your family today and the days ahead.
Elliott and Sandy Pierce

Larry was a valued friend and colleague at the University of Oregon. We shared, sequentially, the experience of living in an amazing house on University Street. My thoughts are with Larry’s family as they process this sad transition.

Larry, I have admired and respected you since our college days. I listened to you sing with the Whiffenpoofs every Monday evening of our senior year. Your "Scarlet Ribbon," oh my!

Our paths did not cross often subsequently, but your good humor, cordiality, and decency shone through every interaction for over 60 years. You fought a courageous battle with a horrible disease and never lost your equanimity.

It was an honor to have known you.

It was an honor to count Larry as one of my friends. Our friendship commenced during our Yale days and blossomed during our senior year, when we sang together in the Whiffenpoofs.

Our shared interest in singing and Yale provided us the opportunity to see each other often during the ensuing 60 years.

Larry was a prince of a man. He was a man of character. He was considerate of others and always had a smile. He loved his family and was proud of them.

He fought a courageous battle with a horrible disease and deserved a better ending to his life.

We loved him and will miss him.