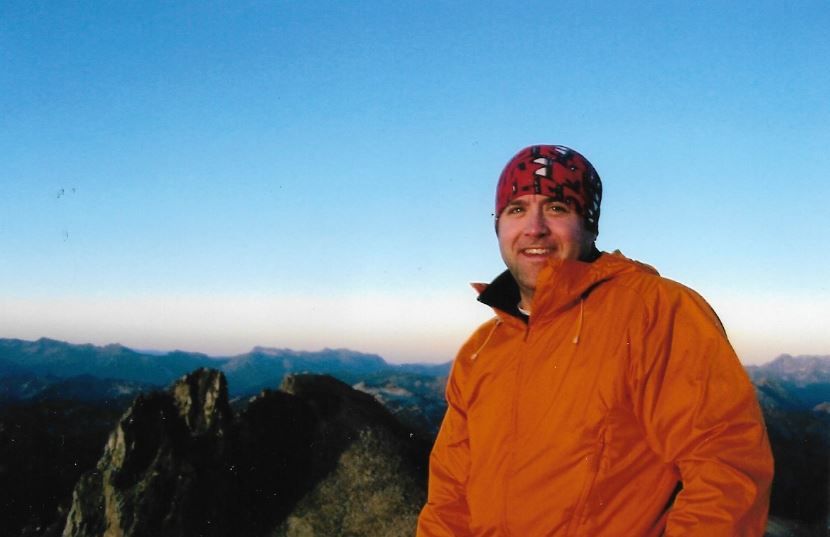 Brian was born May 2, 1965 in Boston, MA and died at age 54 on October 27, 2019 at his home in Shoreline WA. He leaves 3 daughters, Alison, Madison and Quinn; former wife of 26 years Shelby Hunsinger, his parents Joan and Frank Cohee, brother Bruce, sister Lynne, brother-in-law Matt Smith, nephews Mitchell Smith and Nate Smith, aunt Frani Greenleaf, and his two cats—Felix and Oscar. He excelled in the academic world after graduating from Sammamish High School in 1982, earning a B.A. in Geology from Whitman College in 1986, a M.S. in Geology from the University Of Michigan in 1988, and a Doctor of Philosophy degree in Geophysics from Stanford University in 1996.

His computer knowledge and problem solving skills led him to join Real Networks in Seattle during the time of the aggressive information-age management style of the late 90’s. That experience was to drive his passionate leadership nature in future Program Management roles and then as Chief Technology Officer with Mixpo, a Seattle based video advertising software startup for 8 years. Brian was very proud of his team building accomplishments there, where he was recognized by InfoWorld as a “Best CTO of the year” in 2009. He later joined Corbis Holdings as CTO in 2015 where he helped the organization work through an unannounced downsizing and sale of assets. Letting 130 long term people go was a very difficult challenge.

Brian was a risk taker. He so enjoyed climbing mountains with his friend and neighbor Jack McHenry and hiking and backpacking with his brother Bruce, Brian Goldcamp and Brian McClure. Leading his mother up a route to Three Fingers Peak in WA was a special moment for him. He loved tweaking and tuning his several motorcycles and especially riding off-road at remote locations. He helicopter skied, had a hole-in-one at golf playing with his father, and mountain biked with reckless abandon. He had some shining moments.

Details of his untimely death will take months to figure out from eventual lab reports. Brian had told his family many times that he wanted to live his life on his own terms. He certainly did that. We were all literally supporting actors in his one-man play. He was a very unique person. Many admired him, and some of us truly loved him, and we will miss him very much.

A celebration of his life will be held in the Spring.

What a terrible loss of one so accomplished and on the threshold of a new phase in his life. I knew Brian and all the Cohees within weeks of arriving in the Pacific NW from Kansas. The Cohee family became part of our family as we were far from home and wanted close friends. The three Cohee children fit right in with our four Bell girls, making a tribe of 7 who spent hours exploring the forest along French Creek near Darrington, WA where we shared a cabin. He will be greatly missed by all who knew him. Special love and support for Joan and Frank, Lynne and Bruce. I am so sorry for your loss.

Thank you for this very fitting description of the wonderful person Brian was. This is such a huge loss and my heart is with Brian and his family. Could you please let me know when the celebration of his life will be held? I very much would value being at that.

Deepest sympathies to Joan and Frank and their extended family for their loss. I have known Joan since the early 1980's. We have kept in touch in Washington as well as in Palm Desert, California.

With grief in our hearts as we read this, Frank and Joan...we cannot imagine the loss of a child, regardless of age.

Thinking of you at this sad time. Brian and my son Brian were friends since elementary school, through high school and Whitman College, and spent many happy times together. He will be missed very much.

I was so sad to hear this. I only knew Brian, the boy, as we lost contact after High School. I remember walking part way home with him from Woodbridge Elementary. He was always happy and joking around. In all the years we knew one another, I never heard him say a mean thing about anybody. Brian was always one of the smartest kids in class, even if he couldn’t sit still, always getting into a bit of trouble, while making the class laugh and smile. He was a good person and I will miss the boy, Brian Cohee.
I hope you are at peace Brian. Wishing all of your family and good friends strength and love to get through this difficult time.

My heartfelt sympathies go out to the family of this great man.

Brian saw life in a different light, and showed me a little bit. Thanks to him I saw the top of Rainier, the backside of Alpental on powder days and laughed my a** off. He was a great guy, and I am much better for knowing him. My heart goes out to the Cohee's. I've been walking around stunned since I heard the news, and cannot imagine how it must feel for the family. If there is anything I can help with, please let me know.

Nick and I were surprised and saddened at the news of Brian's passing. We had not met your son - a classmate and friend or our son at Whitman - but having known Brian's mom at Simmons, we enjoyed the coincidence of Doug's tales of good times shared with Brian. May you find peace in Brian's life well lived with family and friends.

I was so shocked and saddened to hear of Brian’s passing. From the days of seeing him leading the antics of the big kids in the back of the Surrey Downs school bus, to hearing about his impressive achievements as an adult, I always saw Brian as larger than life. His wit, cleverness and audacity were world class. My condolences and well wishes to Frank, Joan, Lynne, Bruce, and the rest of Brian’s family. My thoughts are with you.

We miss you so much Brian. We feel that we have things in our life that wouldn’t be there if not for you. Your spirit and enthusiasm lives on in our memories, and we will cherish that forever. Thank you for being the spark to ignite excitement and adventure, and for all the times you came to visit and ski with us in Alaska. A part of you is still up here, and that makes us happy inside. May you be at peace, and we wish comfort and ease of grief to your family as time goes by. We will love you always. OXOXOXO p.s.....the “Cohee’s” sign is still on our little ski cabin waiting for you.

I thought I would use the internet to check up on an old friend, and I find myself here. What a tragic loss! Brian and I worked on our PhDs at the same time at Stanford. We spent time together playing golf back in the old days when Tiger Woods would be out there as well as a student. We took a road trip to go skiing in Aspen Colorado. What a fantastic time! I remember Brian being completely enthralled as a new father when his first daughter was born. And I remember his stories of the great lengths he had to go to avoid being completely destroyed by Shelby on the tennis court. His heart was full of passion, enthusiasm, and adventure. Our contact became more sporadic over the years as often happens but he tracked me down in 2014 while I was living in Jakarta and was talking about flying out for a visit. That never happened but it was fun just talking about it. We were hoping to organize something so we could catch up, remember the good times, and make some new memories. My condolences to all his family and friends. It was our great fortune to know Brian. He was one of a kind!

Growing up on Woodridge, Brian & I were on the same baseball team, swam at Norwood during the summer and had a few classes together in high school. He was always full of life and passionate about everything he did. Our paths went separate ways, as they often do, but would hear that even though he had achieved tremendous professional success, he was the same Cohee we always knew. My heart goes out to his entire family. RIP Brian

I just saw Brian's obituary posted in the Sunday Times and am so sad. We were friends, and while we had not connected for some time, that would not have changed anything between us. He was one of the best! I spent many good times with Brian C, Brian G, and Brian M - since back in the Sammamish days, and hiking, skiing, occasionally golfing and just plan hanging out. My thoughts are with all of his family and friends.

That is a great picture of Brian in his element, I know he loved the outdoors. Brian and I did a Mtn bike ride through Duthie Park to the Grand Ridge in Issaquah not long after his divorce. I was glad to have some time to talk with him about that. Also, not so long ago he, Brian Goldcamp , Glen Ryan and I, got together at Brian Cohee’s family cabin, near Oso WA to mourn the loss of Brian McClure. So, I am very distraught to learn of this most disappointing news. I have known BC since High School, at Sammamish HS. We remained somewhat distant friends. I was looking forward to rekindle our relationship through mountain bike and dirt bike riding. I will very much miss his sense of humor, friendship and smile.

Came across this at work today, as Brian's middle daughter I can truly say the line "We were all literally supporting actors in his one-man play," could not be more accurate. I wish him all the peace and love he never had during this lifetime.