Death Runs in the Family

In this facing of my mortality, I became a funeral director.

How’s that for an explanation? Why did I become a funeral director? The real answer is so circuitous, I almost don’t know how I ended up here. But I did. A series of unfortunate and fortunate events landed me working at the only non-profit, funeral home Co-op that I know about in the United States. I'm so grateful to be here.

I try to trace back where my interest began. Six Feet Under? Jessica Mitford’s The American Way of Death? Home funerals? Chevra Kadisha? Natural Burial? Like the mighty Mississippi, there are many small tributaries that fed my river of curiosity that swept me into my current position. 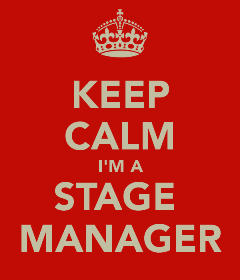 I was a freelance stage manager in the Seattle theater community. I had pretty steady work but it still left me with weeks-at-a-time unemployment. I would use the time to look into other avenues in which I could use my skills. People said, “Become a wedding planner!” That was so unappealing, I thought, “What is the opposite of wedding planning? Funeral Planning!”

I had no funeral education other than attending a few more services than someone my age should have by that point in their life. I’d had two friends die when I was in college, one from cancer, one in an accident.

I just knew I wanted to explore an alternative to the “traditional” funeral practices. I wanted to find ways that family and friends could be more involved with honoring a person and the life, rather than being passive bystanders and letting someone else tell them what needed to be done.

I went through the Final Passages Home Funeral Workshop. The director, Jerrigrace Lyons, introduced me to Char Barrett, who lived in the Seattle area and had done the workshop previously. Char was then tapped to open the Funeral Co-op for People’s Memorial. She called me in to help out then hired me as an intern when the funeral home opened its doors in 2007. In 2009, I became a licensed funeral director. In 2013, I was named the Managing Funeral Director.

My funeral education has been learning from the families that walk through our doors on a daily basis. Listening, letting them guide me with what they want. If they are at a loss as to what to do, starting the conversation to work out what is important to them in honoring their loved one and themselves in the process.

I’m grateful to each person who trusts me to help them through one of the most difficult, emotional times in their life. If they can leave feeling just a little bit more at peace than when they came in, I’ve done my job.

Whatever happened that brought me here, at this point in my life, I’m thankful. I can’t imagine being anywhere else.

Nora Menkin is the Managing Funeral Director at The Co-op Funeral Home. Thanks to her dad, who is not dead, for the old family photos.