In Praise of Express Mail

At the end of 2013, the Post Office suddenly changed its policy regarding the shipping of cremated remains.

At the end of last year, the Postal Service stopped taking cremated remains via Registered Mail. The only way to ship an urn was using Express Mail.

Initially we were indignant at the change. Thoughts went to that carriers where icked out handling a package with cremated human remains. Express Mail, being the most expensive option, would take a further financial toll on our clients who needed an urn shipped. Another way to balance the Post Office’s budget on the backs of grieving families that now officially have no other choice unless they want to employ cargo shipping on an airline. 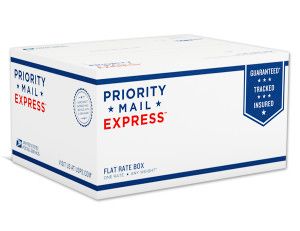 This could now be an advertisement for the United States Postal Service, but I guarantee it is not. Just the very rare, thrilled USPS customer. Can you Yelp review the Post Office? I’m just talking about the entity, not the corner office which I now get to avoid entirely. The Post Office on Broadway? 1 star. Except for Aileen, Aileen is the only good thing about that place. I’m going to miss Aileen. She could process and stamp the bejeezus out of a Registered Mail package like a cartoon cheetah.

Anyway, back to the Flat Rate Shipping Box.

The boxes are free. We can buy and print the labels and postage at USPS.com. Our wonderful mail carrier, Benito, picks up the boxes from our office. 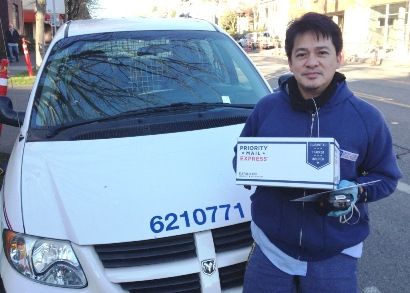 This change makes shipping urns easier for us, and more importantly, much easier and cheaper for families to ship urns themselves.

In the end, making things easier on the family is our prime objective.

UPDATE April 3, 2014:
USPS now has a brochure outlining how to ship cremated remains.

Jeff J
Posted January 24, 2014 at 4:57 pm
Hooray for the USPS! People are often so down on them, but I have to say – they are spectacular at what they do and I think that they have a thankless job. People like Benito are fabulous, and this post does a great job highlighting a great new change! Thanks Nora!!