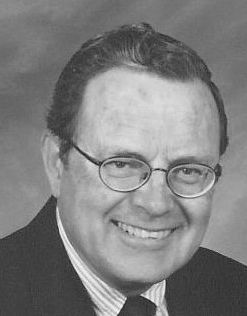 Dick was born September 14, 1939, the second son of Rev. Walter and Ruth Barnes Warner. His early years were spent in various parsonages in New York and Pennsylvania and then moved west with family in 1948 to Oregon. He graduated from University of Oregon in 1964 after acquiring training as an X-Ray technician. He served in that capacity in hospitals and clinics in Washington and Oregon, and, as an alternate to military service, in a hospital in Valdez, Alaska, arriving soon after the devastating earthquake and tsunami. He enjoyed his career serving 37 years as a Radiation Health Physicist with the State of Washington, Department of Health, retiring in April, 2007. In 1970, he met and married his loving wife, Randi Knudson. They have enjoyed a rich and happy union of 44 years, raising three successful children and several pets, with many wonderful memories! Dick’s greatest attributes were his deep love of family and the joy of sharing that love. He relished his life, tutoring children through the church, hiking, camping, the beach, building sand-castles, drawing, painting, listening to music, going to concerts, and singing in his church choir. He was an accomplished storyteller; reading and acting out tales, telling jokes with love, laughter, and a corny sense of humor. Dick is survived by his wife Randi and her mother Peg Knudson (“Mor-Mor”), his daughters Heidi (Rick) Bagnall, and Jill, son David (Natalie), brother James (Kathy), sister Anni (Michael) Powell, his brothers and sisters-in-law; Jim & Margaret Knudson, Runa & Ivo Saarni, and two much loved grandsons and one granddaughter and a number of nieces and nephews. In lieu of flowers, the family wishes that memorials be made to either the: Jerman-Cahoon Student Scholarship Fund (American Society of Radiological Technologists), the Organ Fund at Edmonds United Methodist Church, or to Save the Children.