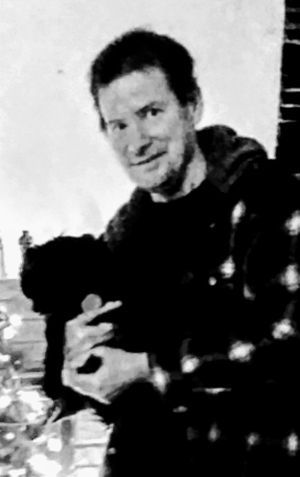 Charles Gregg Weferling, known to his friends as ”Greg”, passed away at the age of 59 on December 14, 2019 in Seattle, Washington.
Greg was born in Wilmington, Delaware on April 6, 1960 to Charles A. “Bud” Weferling and Nancy J. (Miller) Weferling Hornick and was the youngest of three children from that union.

Greg first worked as a window glazier at his stepfather’s company.  He also worked for QFC and Safeway, where he became Deli Manager.  While living in Bellevue and Seattle, he worked at an assisted living facility and became a home care worker for four years. Greg made friends easily and enjoyed helping people.  In his life, he struggled with addictions to smoking and alcohol. Later, Greg was a great support to others fighting addiction. He made a difference in the lives he touched.

In March of 2011, Greg was diagnosed with small cell cancer.  He endured five surgeries and showed incredible strength during his long battle against this disease.

Greg was ever so grateful for the love, friendship and support he received from his best friend, Teresa Shields of Seattle, Washington.

Greg will be greatly missed by his sisters, extended family and friends.  He will always be remembered for his kind, giving heart and his wonderful sense of humor. Greg was a huge animal lover, especially of cats.  Memorials may be made in Greg’s honor at www.houstoncaresrescue.org

I met Greg one time and could tell right away what a nice person he was.
Debbie (my sister-in-law), Cheryl, Chad and Teresa are heartbroken. He will be missed. Rest in peace, Greg