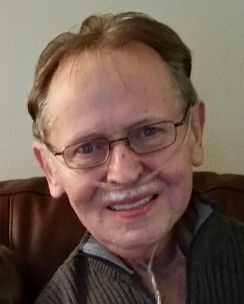 Patrick Michael Dwyer passed away at his home in Kenmore, Washington on March 30, 2015, of cancer of the head and neck. He was surrounded by friends and family. Patrick was born in Anaconda, Montana on September 8, 1944, the fourth of ten children born to Helen Jendresen Dwyer and Horace Dwyer. He attended St. Paul Elementary school and Anaconda High School, then went to University of Montana, where he earned BA and MA degrees in French literature.
After college, he married Ann Wright, and with the International Voluntary Services they traveled to Algeria, where they taught English for 3 years. Their daughter Jemila was born there. After spending a year in Laos and another year in Alberta Canada, Pat and Ann settled in Seattle, Washington. In 1979 their second daughter, Julia, was born.
Pat worked as an English as a Second Language teacher for 38 years, the last 30 years at Seattle Central Community College. Pat excelled in the classroom. He was an animated and skilled teacher who took his job seriously. His students loved and respected him.
Pat and Ann were divorced in 1988, and Pat remarried Young-Hee Choi in 1993. In his free time, Pat enjoyed a quiet life with Young-Hee, walking his beloved dog, Malik, listening to the songs of birds, developing his skills in numerous foreign languages, and giving lengthy history lessons to his many friends and family.
Pat was diagnosed with cancer in 2008. He lived his remaining seven years to the fullest. His equanimity and bravery in the face of his health challenges was an inspiration to everyone who knew him.
He adored and enjoyed his daughters and his grandchildren, Juniper Hargrove, Abezash Hargrove, Emilio Patrick Bernaez-Dwyer, and Diego Killian Bernaez-Dwyer. Pat was preceded in death by his parents and brothers Tim and Edward. He is survived by brothers Dave Dwyer of Missoula and Bill Dwyer of Fort Lauderdale, Florida and sisters Ruth Ann Kelly of Reno, Nevada, Marilou Lewis of Missoula, Michelle (Peter) Beese of El Dorado Hills, California, Denise (Tom) Tuin of San Diego and Katie O’Dwyer of Missoula, as well as several nieces and nephews and their children.
In honor of Patrick Dwyer, donations may be made to:
American Lung Association
Doctors without Borders
Alzheimer’s Association