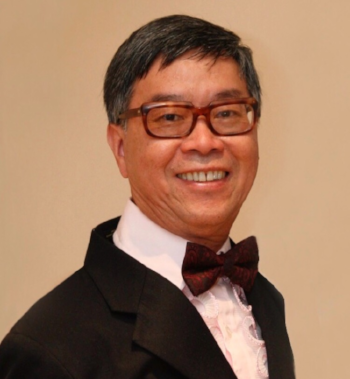 Wing was born in Foshan, China, and grew up in Hong Kong where he attended Ying Wah College. He immigrated to the United States in 1970 and studied pre-pharmacy at University of Wisconsin Platteville, followed by pharmacy school at SUNY Buffalo, graduating in 1975.

He was a pharmacist in Buffalo, New York from 1976 to 2008, working at CVS and Rite Aid. In 2008 he moved to Seattle, Washington and worked as a pharmacist at the Muckleshoot Reservation until retiring in 2014. Wing was known for his bright smile and loved exercise and gardening. He will be deeply missed.

At 1PM in the afternoon of Saturday August 18th, Wing’s ashes will be committed to the Terrace Mausoleum in Lake View Cemetery in Seattle, followed by a celebration of his life at the Nalanda West Event Center at 3902 Woodland Park Ave N, Seattle, WA 98103.

We will miss him forever and pray for him.
May he Rest In Peace.

My wife and I wewe deeply grieved to hear of Wing’s passing. He was a devoted husband to you Winnie and a loving father to Denise. Jamie and Lydia and a considerate and gracious person to all of us and his friends . We will cherish his memory. We know your sorrows are very great at this time, and our thoughts and prayers are with you and the rest of your family. With our deepest sympathy, Sin Chi and Kui Cheong

We were deeply saddened by the news of Wing's passing. You are in our thoughts and prayers. Our heartfelt sympathy goes out to Winnie, Denise, Jamie and Lydia on the loss of their loved one.

It was an honor to have known such a great person and we will truly miss Wing. He will live on in our memories forever. May God embrace the Maks family in comfort during this difficult time.

Our sincere condolences and sympathy on your loss.
Your friends and neighbor's at Meydenbauer House