Grieving, when you work in death 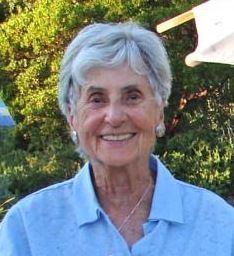 My grandmother, though being completely tech-savvy, was not on Facebook. So whenever I posted a picture of my son being cute, I’d try to remember to just email her the same picture since she loved getting updates on her favorite and only great-grandson.

April 14th I sent her a shot of the kiddo doing watercolors at the kitchen table, completely in the buff.

She wrote back, “So where is the painting? The painter is cute. I am currently out of commission. Have some kind of intestinal problem and will have a catscan tomorrow. Hope to get some relief for pain. Love to you all. Ema”

She thought that she’d eaten a bad hotdog from Costco. When the pain didn’t subside for a week, she gave in to go to the doctor. After her scan, the doctor called and asked her to come in to discuss the results, and to bring a family member with her.

April 22nd the news went out to all friends and family that Eva had been diagnosed with renal carcinoma. A biopsy was scheduled.

I called her right away. Her voice was strained, she didn’t sound like herself. I offered to come down, she waved me off saying there were too many people around, “We’ll talk on the phone and email. Don’t trouble yourself. You’ve got a little boy to look after. I love you.”

I told her I’d be visiting my sister in LA anyway and could easily make a day trip to Santa Barbara to see her, “Oh, well, if you’re going to be in the area, maybe you could find the time to come see me, if you’re able to.” A typical Jewish grandmother.

Once she had the right drugs to keep her pain under control, she decided not to have the biopsy and just let nature take its course. She enrolled herself in hospice.

When I called, she said, “I’m 90 years old. I had to die of something at some point.” Her voice was lighter, she sounded like herself again. I told her I’d see her in two weeks. She said she looked forward to it.

The day after we talked she went to bed, and never really got up again. I changed my flight to be for that weekend. Knowing how fast she was fading, a part of me thought that if she died while I was there I could handle her funeral arrangements myself. It was something I could do for her when everything else was beyond my control. I could bathe her. I could dress her. I could hold her, prepare her for burial.

She died Friday morning, May 2nd. Her son and daughter were with her. She had her beautiful view of the Santa Barbara mountains outside her bedroom window. 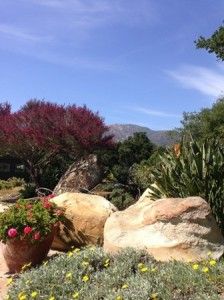 View from her backyard

I wasn’t there in time. I had to let the local funeral home handle the arrangements. I put in the first call from Seattle, letting them know it would be a Jewish burial in a simple pine box. The hospice nurse bathed her and dressed her in what the family wanted her to be buried in before the funeral home came to pick her up.

2 weeks. 2 weeks from diagnosis to death. 2 weeks. 2 weeks to adjust to the reality that my vibrant, social, powerhouse of a grandmother was going to die. Then she was gone. After 2 weeks.

I arrived the next day to preparations for the memorial service in full swing. Figuring out what kind of service my secular Jewish grandmother would appreciate, meeting with the Rabbi, writing eulogies, printing programs, gathering pictures, stories, hugs, crying, laughing, holding each other up. 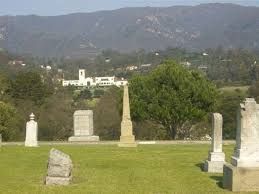 She was buried with my grandfather at the Santa Barbara Cemetery, a beautiful day that gave this Seattleite a lovely sunburn as a souvenir. A memorial service at the temple followed. Everyone came back to her home after for a reception.

People ate, shared stories, and faded away. At the end of the day, grandchildren, and children remained. Lingering a bit longer since the house that has been the center of our family for 40 years now has an uncertain future. Eva was the matriarch of our huge family. Her home was our center. Thanksgivings were always there, no question. I got married in her backyard. Her house was her. And now she’s not there. My uncle said we should take anything that we wanted if there were no disagreements. But everything there belongs there. It is hard to imagine a painting or a knick-knack fitting in anywhere else than where it had been in her home.

I found a necklace that she had always worn on her bedside table. A simple silver pendant with a bead, I don’t think I ever saw her without it. I thought having this piece of her might bring me comfort so I asked if I could have it. I had to put it away when I got home, couldn’t even look at it without welling up. It wasn’t yet a reminder of her; it was just a reminder that she was gone.

I sit with families on a daily basis who have lost a loved one. I feel I’m pretty good at reading what they need from me, someone to listen, someone to make them laugh, someone who will let them cry as long as they need to. I encourage them to write, to talk, to take care of themselves, to seek more grief counseling if needed.

I know the tricks, I know the rules. Grief isn’t a linear process.

So why do I still have to go through this? Isn’t there an exam I can take and test out of this grief process? Collect a few mourning coins and level up? Throw a few more old Jewish sayings at me and call it good. 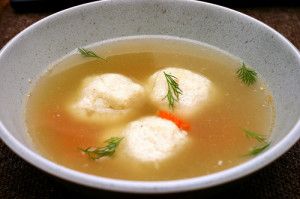 What soap is for the body, tears are for the soul.

The scars you can’t see are the hardest to heal.

Time is a physician that heals every grief.

What doesn’t kill you only makes you stronger.

We must embrace pain and burn it as fuel for our journey.

We’ve really got to find a way to work around this. Death is very inconvenient and this grieving is really getting in the way of my life here. I’m ready to feel better now, thank you very much.

I’m ready for memories of her to bring me comfort rather than make me cry.

OK, I’m starting to feel better now. I haven’t unexpectedly dissolved into tears at an inappropriate moment in, like, two weeks. I’ve stopped snapping at people so much. I’m not thinking about her all the time. When I do think about her that pain in my chest remembering that she’s dead is just a little duller ache.

Looking back can I see what has helped me? Let’s see.

Tequila. Tequila is the only intoxicant that never made me weepy. Wine was a bad idea. Bourbon, my old buddy, was harsh. Tequila was my fun friend who cheered me up for the evening. 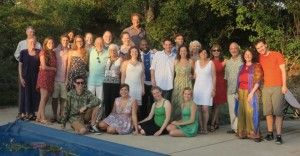 Watching my family rally around each other. With a large family there’s plenty of room for dysfunction and sniping that could make the loss of our pillar all the more horrible. But they’ve been wonderful. The children are communicating and collaborating on how to handle affairs. The grandkids’ ages range from 19 to 34, but this has brought us all together in a new way.

Weeding in the yard. I have a flower bed out front that long shoots of grass like to poke out of. Usually I just grab and tug which breaks them off just below the flower line so they shoot up again a week or so later. The OCD process of following each blade down to the soil and pulling it out by the root was incredibly cathartic and therapeutic.

Exercise. Annoyingly, going to the gym and working up a sweat has worked. Plugging into Netflix and elliptical-ling (is that a word?) like a hamster on a wheel did something that altered my brain chemistry.

When I’m sitting in front of someone, fresh in their grief, will I tell them what helped me get through that first bad month? No. It was my process. I figured out what worked for me. I cannot tell someone else that it will work for them. It was my own independent study course in grief. And unfortunately, everyone will have to work through it on their own some day.

But I still haven’t put on her necklace.