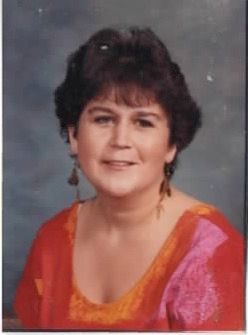 Karen Schoeld was born January 12, 1965, to Rachel and James Schoeld in Circle, Montana, where Jim was pastor at First Lutheran Church.  She joined an older sister Kristi.

When she was two, the family moved to Carrington, North Dakota, after her father accepted a call to Trinity Lutheran Church there.  Two more children were born to the family, a brother David and a sister Susan.  During her years there, Karen sang in the church choir, performing solos beginning at age 4.  She also was in Campfire Girls, and was selected as the School Patrol captain, attending the School Patrol Camp.  She was extremely bright and vivacious.  When she was in the middle of the 3rd grade, her father accepted a call to First Lutheran Church in Albert Lea, Minnesota, so the family moved there.

In Albert Lea, Karen was active in Community Theatre, church choir and played on softball teams.  She also became certified in life saving and became a proficient pianist and flutist, accompanying the school choir and playing first chair in band.  She was in the figure skating club, and she was a cheerleader for football and basketball.

Her family moved to Miles City, Montana in January when Karen was a senior in high school.  She stayed in Albert Lea until the basketball tournament was over in late February, and then during spring break drove herself from Albert Lea to Miles City, choosing to finish her senior year there so she could meet people her age in this new community.  She made many friends and finished her senior year there. She returned to Albert Lea for her official graduation, graduating #5 in her class of over 500 students.

Following high school, she attended St. Olaf College, where she planned to major in International Relations with a minor in Russian Studies.  She became very proficient in Russian, and she sang in a Russian Choir as well as the Cantori Choir.   During her sophomore year she began to show signs of mental illness, but still continued her studies.  The following year was difficult as she experienced auditory, olfactory and visual hallucinations.  She kept going to classes, but she had to watch the professors’ mouths to see which voices she heard were actually coming from their mouths.  In the middle of that year she checked herself into a Minneapolis hospital as she was having so much difficulty.  She was diagnosed with paranoid schizophrenia and hospitalized for many weeks before returning home to Miles City.  There she attended junior college and was placed on medications which returned her to a stable mental status.  Her senior year she returned to St. Olaf, and she managed to graduate with degrees in Psychology and Russian Studies.  However, she relapsed the end of her senior year, when the doctor decided she no longer needed medication.  During that year, the family moved to Seattle, WA when her father accepted a call to Bethel Lutheran Church.

In Seattle Karen became part of a trial study for a new drug called clozaril.  She did well enough on the drug to be able to work part-time jobs for temp agencies, get her own apartment and car as well as volunteer for Maritime Ministries, meeting Russian ships and taking sea captains shopping at Costco, translating for them.  However, her dream of a career in International Relations was stymied due to ongoing and persistent symptoms related to her mental illness.

In 1999 her mental health providers made the decision to change Karen’s medication, which proved to be a disaster.  Because of that failed experiment, Karen spent 10 years in Western State Hospital and then was moved to West Seattle Psychiatric Center, where she lived in a housing unit with three other women who also had mental illness.  During this time she periodically was estranged from her family, due to the voices in her head.

Karen died unexpectedly September 3, 2020 after a brief illness.  She is survived by her mother Rachel Schoeld; her siblings Kristi Schoeld (Neil Jorgensen) and children Marin and Sikeli Jorgensen; her brother David Schoeld (Nyla) and children Kaija, Anya, Noelle and Sophie; her sister Susan Schoeld  (Steven Ball) and children Sabina Schoeld, Ashley Ball (Matt) and daughters Marlo and Nina; and Jessica Hawtree (Adrian).   She is also survived by uncles David and John Almlie, aunt Kay Schoeld Gunning, their families, and a multitude of cousins.  She was preceded in death by her father Jim Schoeld.

Her family loved her deeply, and we will miss her warm smile and her sense of humor.

Blessed be her memory. Peace be with each one touched by her life. Hold fast to the promises of a gracious God.

I will keep you and your family in my prayers, Rachel. I hope you can treasure Karen’s life in your midst, together. My love to all of you.

I am so sorry for your loss. Mental illness is so difficult. Horrific for both the individual, family, and the people they touch. My heart aches for you. And my heart is grateful for Karen's pain to be over. The Lord has taken her home, and now she can be free.

Dave has helped me through some difficult times with my son. I have found the the Lord prepared me for my child before I even knew he was possible. God knew you were an amazing family that could help her make her short path though her physical life. I hope you can find joy in the time you had together, and feel blessed that God has taken her home. I wish you all love, hugs, and many prayers.

Bob and I are saddened to learn of Karen's untimely death. What a beautiful woman she was, with talent and a smile to touch your heart.

At Bethel Lutheran Karen and I sang in the choir and played int the hand bell choir. I asked her one dy what kind of food she liked. She said she was fond of Thai,, and I knew of a good Thai restaurant on Broadway in Seattle. We had a lovely lunch there and a good visit. The last time Bob and I saw Karen was at Western State Hospital.

To Rachel and the rest of Karen's family, please know we are so sorry for your loss. We know Karen is finally at peace and free of those voices.

Grace and Peace to you

I’m so sorry for your loss. It was nice to learn more about Karen here. A life gone too soon. My heart goes out to you.

Dave and family so sorry to hear about the loss of your sister. What a determination she had. She will always be missed but all the memories will help you through this difficult time. Or prayers are with you all.

I am so sorry for your loss Rachel, so sudden and heart breaking. Know that I and many many others are praying for you and your family.

Dear Rachel; I am so sorry to hear about your beloved Karen. Would love to get together with you sometime. May the Lord bless and comfort you.

Dear Rachel and Family,
I am so saddened by the news of your beloved Karen's death. I cannot begin to know the depth of your grief. My prayers are with you and your family. Thank you for writing such a beautiful obituary recounting Karen's life. Thank you for allowing our hearts to hurt over Karen's struggles in life and to allow our hearts to soar over Karen's triumphs! I believe that Karen is with God and He in His goodness will care for her with tenderness and love.