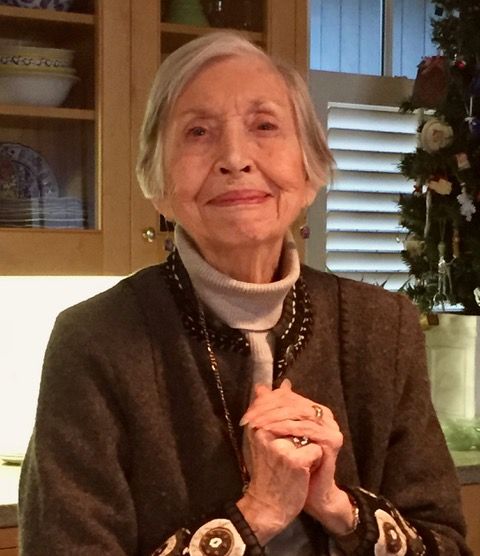 Beverley Jane MacDonald Ericson died May 9, 2020, at Swedish Hospital in Seattle after suffering a stroke three days earlier. She was 92.

Beve was born Aug. 23, 1927, in Tacoma General Hospital to William Walter “Mac” MacDonald and Annette Louise (Lucy) Bieneck. She was their only child. Beverley attended grade schools in Tacoma, including Annie Wright, and her home was above the restaurant her parents operated near downtown. While Mac was in the Army in Alaska during World War II, Beve and her mother moved to Sandpoint, Idaho, where she graduated from high school.

Beve studied voice and piano for several years during her youth, and she kept those talents as an adult. After high school, Beve attended the University of Puget Sound in Tacoma for two years before meeting her future husband, Donald Alan Ericson, while she worked at the Old National Bank in Spokane. She left university and married Don on Aug. 28, 1948. Beve resumed her college studies in the 1960s at Spokane’s Whitworth College, where she received a bachelor of arts degree in sociology in 1971.

Beve and Don raised four children in Spokane before moving to Poulsbo in 1999 to be nearer their children and grandchildren. They found new interests and made new friends in Poulsbo, where they lived in a home overlooking Liberty Bay. Two years after Don died in 2010, Beve moved to Ballard, near her two oldest sons, who tended to her in her final years.

Beve was a generous woman and a sensitive mother — she was artfully responsive to the physical and emotional pains of her children. She became an avid organic gardener in the 1970s, a time when few gardeners knew the perils of industrial pesticides, and she was a longtime volunteer for the Spokane Symphony, the American Red Cross and the League of Women Voters. She sang arias from Italian operas and played Bach and Beethoven on the piano. Beve was a gourmet cook, sewed clothes for herself and her children, and was a gracious host. She was fond of this saying: “Don makes the living, and I make the living worth living.”

Beve made the world around her beautiful.