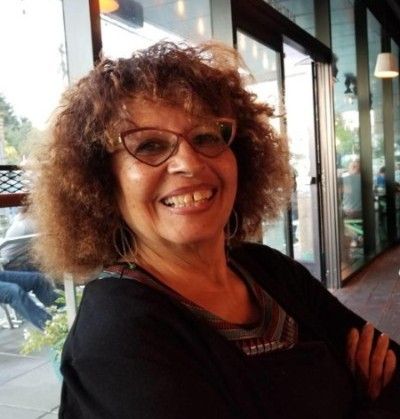 Professor emerita of The Evergreen State College, Fulbright Scholar, and visiting lecturer, Angela shared her passion for anthropology and the World’s peoples with many academic communities, including at Seattle Central Community College; SUNY (Old Westbury); University of Coimbra, Portugal; University of Papua New Guinea; and University of Brasilia, Brazil. She was a member of the American Anthropological Association, Association of Black Anthropologists, World Archeological Congress, Latin American Studies Association, Women for Race and Economic Equality, US Women and Cuba Collaboration, Legacy of Equality, Leadership, and Organzing (LELO), and Grandmothers for Race and Class Equality (GRACE), and represented the International Women’s Anthropology Association Conference at the United Nations.

As a global citizen who believed deeply in peace and equality for all humanity, Angela remained civically and internationally engaged in to her 8th decade. Her community and social justice commitments were wide and varied as she continued to write and publish, assist in the programming of the Langston Hughes African American Film Festival, and work towards police reform. She was a vibrant, gracious, and dynamic woman who is greatly missed.

Preceded in death by her parents and brother, Wayland Jr., she is survived by her daughter Onik’a Gilliam, her grandflowers Zaya and Zuzu, and brother Vincent.

A celebration of Angela’s life will be held at the Northwest African American Museum on Sunday, November 4 at 5:30pm.  In lieu of attendance, candles and flowers are most welcome.

I send my heartfelt condolences to Dr. Angela Gilliam's family and friends. Her passing is such a loss to several overlapping communities. I will always remember her brilliance, generosity of spirit, and forward thinking about the direction of social change through the collective action of progressive people. I met her when I started my professional life as an anthropologist in the early 1980s. One of the highlights of attending annual meetings of the American Anthropological Association (the AAA) was spending time with Angela, who was warm, willing to mentor in a non-hierarchical way of relating to younger cohorts of colleagues, She was a striking role model whom I truly cherished and with whom I welcomed the opportunity to work in organizing activities for the Association of Black Anthropologists (ABA). We collaborated in co-organizing the 1987 invited session that stimulated discussion on the imperative of "decolonizing anthropology." Her vision was central to that endeavor, which led to the publication of the collection I edited titled, DECOLONIZING ANTHROPOLOGY. Because of other demands on her time she was unable to co-edit the book, which was our original plan. However, moral support from her was an important source of inspiration in completing that work, which has had a tremendous impact on the field. Beyond this, her seminal research and scholar-activism in Brazil, Papua New Guinea and Cuba cleared the ground for critical scholarly trends that she helped to make possible.

May she rest in peace and power, and may her legacy continue to live.

Angela was a matriarch of the community of forward thinking people in the Puget Sound region. She educated thousands of young who attended TESC over long tenured career.
I saw he at many demonstrations against injustice over the years always being positive and optimistic. She was a cultural queen attending all the latest world music & African cultural events inp the region. I last saw her a couple of days before her transition from this life. She looked great and at home at Elliott Bay books. Celebrating the publication of two important books on the murder of labor leaders Domingo & Varnes. Angela was caring person to the end. She will be missed dearly!

This has me crying. It captures the vibrancy and essence of exploring energy that Angela radiated. I would add, an always inquisitive and open mind, strong opinions, loving approach to life and people, generous in giving love, loyal and supportive, contagious laughter, twinkle in her eye all through her life, brave, convention defying when convention merited defying, ultimately supportive and constructive of building strong steadfast relationships and communities. Her usual greeting of 'my sister' always made my heart open up like a flower regardless of what troubles i was going through. She was someone i could share my deepest angst and fears and confusion without feeling judged,, knowing that a smart, analytical and loving mind and heart would hear me, and she would share the best she had to offer me a guiding light, without recrimination, and without judgment. She loved me and my children as her family. She was the sister i always wanted to have.

Angela was a matriarch of the community of forward thinking people in the Puget Sound region. She educated thousands of young who attended TESC over long tenured career.
I saw her at many demonstrations against injustice over the years always being positive and optimistic. She was a cultural queen attending all the latest world music & African cultural events in the region. I last saw her a couple of days before her transition from this life. She looked great and at home at Elliott Bay books. Celebrating the publication of two important books on the murder of labor leaders Domingo & Varnes. Angela was caring person to the end. She will be missed dearly!

I am so sorry to hear of her passing. I was her student at Evergreen in 1996. I took a program of hers called Hidden Histories, which she co-taught with Patrick Hill and Larry Mosqueda. This program changed my world. I am grateful to her contributions at Evergreen and offer my condolences to her family.

My Professor Dr. Angela Gilliam, I will always remember you, for your teaching, your grace , and for the great woman you were. I love you and respect you my entire life, because in your class you always make me feel good. Dr. Gilliam was an extraordinary woman professor, mentor, and above that an extraordinary human being. Thank You for all the years at Suny Old Westbury PES Dept Thank you for understanding what is it to be a foreigners with very little knowledge of English Thank you for being my Professor. My Sincere condolence to you entire family. Rest in Peace Professor, Rest in Peace.
State University of New York At Old Westbury.

Condolences to the family. My wife Simone Bishop at Hairpeace did Angela Gilliam hair about every six weeks. My wife felt something was not right, because Angela always called a week or two in advance to confirm her appointment. We love and miss Angela here at Hairpeace. I know a lot of her, because she shared her life experiences or her political views, and I'm honored to be her close friend.

Angela Gilliam was a wonderful spirit , a brilliant anthropologist, keen political mind, and a generous mentor and friend. I miss her already.

Angela Gilliam was my first professor as a college student in 1993. I have a distinct memory of her intellect, compassion, empathy, and approachability. I can still remember her laugh and her ability to make the social sciences accessible and relevant to her students. Her passion for social justice still echos in my life. I ended up pursuing a career as a lawyer. I randomly ran into Angela about 5 years ago. She hadn't changed a bit and introduced me to her daughter, Onik'a, who is also a lawyer. I was sorry to hear that she passed recently, but am confident that her passion for fairness, equality and justice still motivates the countless others whose lives she touched.

Dr. Gilliam was an inspiration to my friends and I in our early years at Seattle Central. She was brilliant and beautiful. My deepest condolences to her family and friends.

Dr. Angela Gilliam was an important example of a black feminist, multilingual scholar. She opened up new possibilities for black women from the U.S. who study Brazil. Thank you for leading the way. Your work and life continue to impact us.

I was shocked, dismayed, and grief-stricken to learn, only now, of Angela's passing. She was a great support to me when I taught at SUNY/Old Westbury, and we spoke, as I recall, frequently about her trip to Israel and Palestine (I had been writing about Israel's occupation of the Palestinians for quite some time after leaving academic teaching). I was just remembering her this evening and was set to contact her. I cannot express my feelings here. I am not just "sorry." Angela was a wonderful, a great human being as well as a scholar. I would have certainly attended her memorial service, wherever it might have been, had I known.

I will always remember Dr. Gilliam and the profound influence she had on me as a young woman going to North Seattle Community College. I remember being so excited to get my coffee in the morning and head to her class. She was an amazing gift to this world and the most brilliant educator I have ever truly known.

I am saddened to learn today of the transition last September of Angela Gilliam to the status of Ancestor. But I am joyed in the ongoing relationship with her into the future-memory we began in Salvador Brazil in the early 1970s where I as a Howard University graduate student met Angela during my first research contract with the Smithsonian Institution Office of Folklife Programs to identify and establish collaboration with Afro-Brazilian tradition-bearers to participate in the multi-year U. S. Smithsonian Bicentennial African Diaspora Festival Project to work with participants to communicate cultural connections through field research in Africa and the Diaspora. Her knowledge and fluency in Portuguese lifted my horizons and confidence as she generously greeted me as a young colleague with whom she over the next nearly four decades communicated about our mutual Cuban solidarity. Her memory and writing go forward with me and many, many more across the globe. Let Her-Spirit Rise!