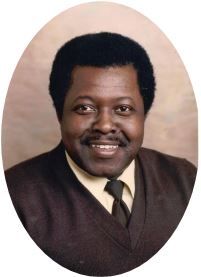 The Lord giveth, The Lord taketh, blessed be the name of the Lord.
Job 1:21

A precious life was ended on November 17, 2015, when Robert was taken from us.  We know that he is at rest now. After a short battle with cancer, the Lord saw fit to call him home.

He was born May 10, 1947 to the late Robert Jackson, Sr. and Mary Jones in Natchitoches, Louisiana.

Robert graduated from Natchitoches Central High School and enlisted in the United States Navy in 1966 where he served four years of active duty. Bob would later join the Army National Guard and retire after 20 years.

Bob was employed by the Seattle Metro Service in 1980 and retired after twenty-eight years of service in 2008.

He was preceded in death by his parents and two brothers, John Luther Jackson and Leon Bell Jones.

Bob was united in holy matrimony to Sharon Wheatcroft on November 10, 1972.  They celebrated forty-three years of marriage this year.  To this union, three children were born.