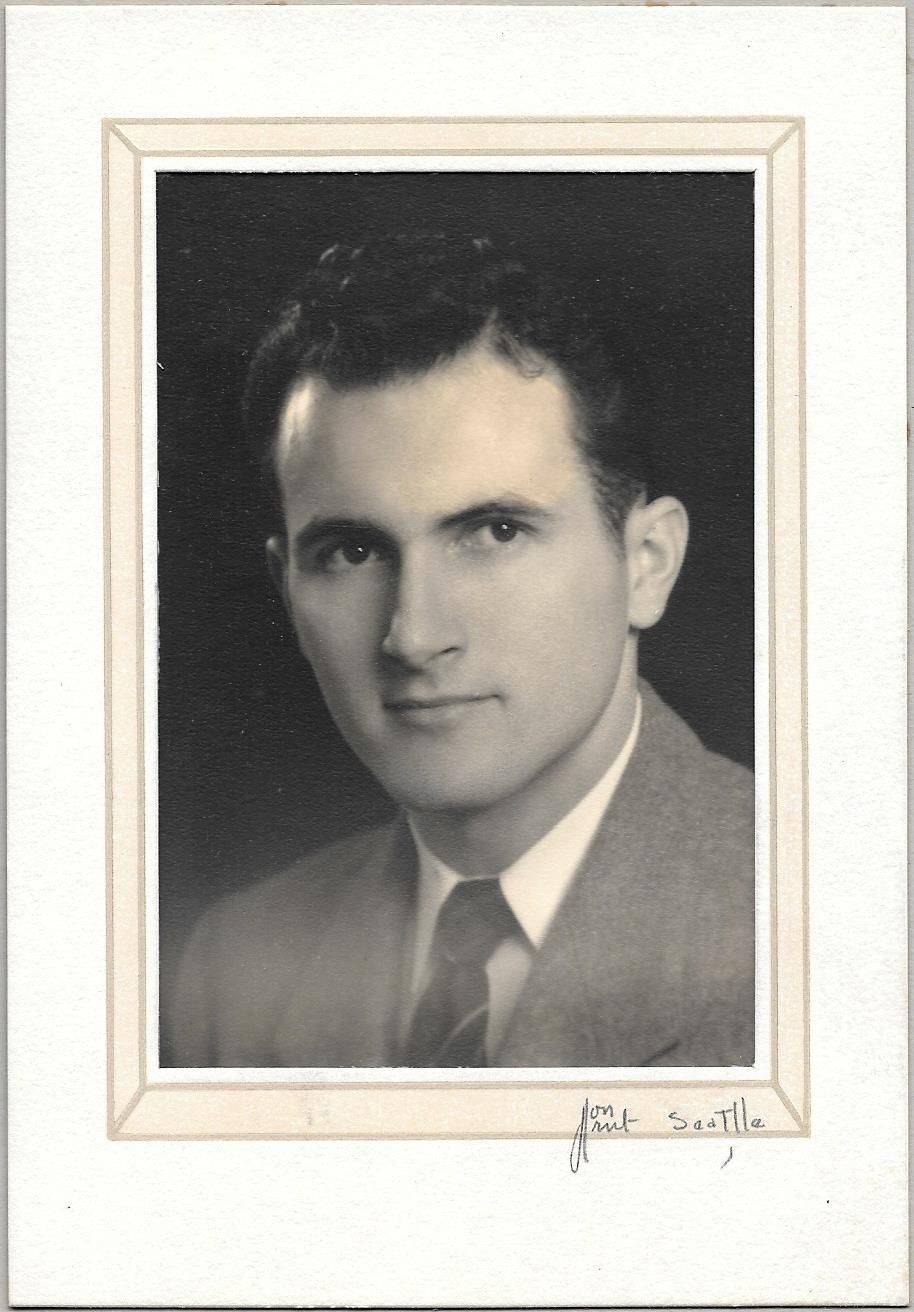 Timothy H. Harn Jr.  passed away on April 14, 2021, at St. Anne Hospital, Burien, WA.  Tim was born January 18, 1924, in Kent, WA.  He was a U.S. Navy veteran serving in the South Pacific during World War II as a corpsman and later as an Ensign.  After his military service he attended Seattle University, St. Louis University and St. Louis School of Mortuary Science.  He married Elizabeth (Betty) while attending Seattle University.  His long life provided varied careers as a funeral director/mortician, private middle school headmaster, Seattle University Alumni Director and Credit Union founder, and St. Joseph Hospital Development Director.  He was active in the Seattle Seafair Clowns and the Knights of Columbus. After retirement, he travelled widely with wife Betty, enjoyed family and friends and later was her caregiver until her passing in 2001.  Tim was a loving husband and father survived by six children – Dennis, Nell, Daniel, Maura, Sheila and Patrick; eight grandchildren; and 4 greatgrandchildren.  Interment will be at Tahoma National Cemetery.  Remembrances may be made to Paralyzed Veterans of America.

Dennis and family,
I am sorry to hear about the passing of your father. My mother, Dorothy Bow Hill talked of him fondly. He was one of her cousins that was her age, as most were much younger, so she enjoyed visiting with him. I only met him a couple of times, but remember him as a very kind person.

I wish you all wonderful memories to put a smile on your faces.
fondly,
cousin Marilyn Hill Allen