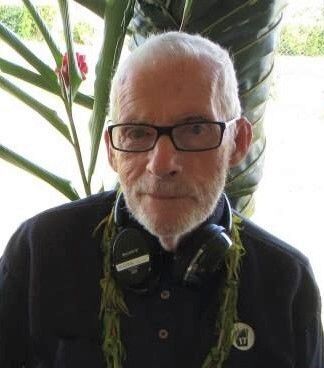 He was one of four children born to Edwin Smith and Amanda (Jensen) Smith in Tacoma, Washington. At age 17, America was at war, and Varrel joined the navy in August 1942. Stationed on the supply ship USS Cuyama in the Asian-Pacific theater, Varrel served as a storekeeper first class. The Cuyama’s crew provided distinguished service by transporting sailors, cargo and equipment, fueling ships, splashing a suicide plane, and bombarding a Japanese-occupied cave on Tokashiki Shima. Varrel left the Navy with an Honorable Discharge in July of 1946, receiving medals for WWII Victory and good conduct.

After the war, Varrel used the GI Bill to attend Pacific Lutheran College and received a bachelor’s degree in Education, leading to a career in teaching with the Federal Way School District. He also had an accounting business that he later turned into an income tax software company with his two sons. Varrel was a published author with books on history and autobiographies about his time at war and retirement.

Varrel met Elaine while they were students at PLU and married on March 17, 1950. They celebrated their seventy-second anniversary on March 17, 2022. Their family began with the birth of their first daughter Laraine, soon followed by daughters Barbara and Carol, and later by two sons, Alan and Richard.

After raising their children to become successful adults with families of their own, Varrel and Elaine enjoyed a long and happy retirement golfing, traveling worldwide, and spending time with family. Winters were spent in southern California and summers in Washington surrounded by children, grandchildren, and great-grandchildren his greatest joy.

Varrel’s family is thankful for the services and care he received during his last years at Horizon Gardens Adult Family Home.

Memorials or donations may be made to: