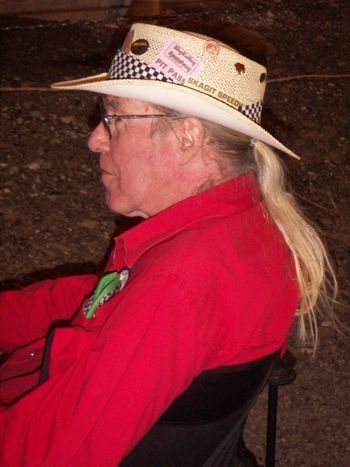 Arthur H. Waller died of multiple causes in January 2022. He is survived by former wife Sally, his two sons, Colin and Gavin, daughter-in-law Sonja Groset, granddaughter Alexa Glore, three great-grandchildren, and his significant other of 25 years Vicki Westberg. He was 89.

Arthur was an only child born in Boise, Idaho, to Arthur C. Waller and Ida Fern Williams. In 1938 the family relocated to Seattle. Car racing was a passion throughout his lifetime. At age 14 he spent 5 months one summer lying on the living room couch recovering from rheumatic fever, the remedy in those days. He could hear sounds of the Aurora Speedway through the open window and, as soon as he was able, his best neighborhood friend began taking him to see the races on Friday nights. Just watching was not enough so he became a track sweeper and later a member of the pit crew for one of the cars. His parents didn’t approve of the direction his life was taking, they had plans for him to go to Harvard, but at age 17 they finally relented and signed papers that allowed him to work at the Speedway and drive a race car. At age 18 being a brash high school senior he wasn’t afraid to tell a car owner twice his age that his car was badly constructed and was subsequently asked to leave the team, which he did. Being a 6-foot-tall skinny kid, he couldn’t fit into the midgets, so he built a sprint car and drove it on the track with appreciable success.

He believed in being an active member of any group he belonged to and accepted the job of the referee and later secretary of the Roadster Racing Assn. of Washington. That organization only lasted nine years, but it was the beginning of lifelong friendships.

He graduated from Roosevelt High School in 1951 and later attended the University of Washington with the intention of becoming an art teacher. He discovered, however, in his junior year that drafting was much more to his liking, so he quit and signed up for the Boeing course in draftsmanship. He left Boeing when they started expecting overtime and he wanted to build a car. To that end, he joined the RRAW and was a member from 1949 to 1955. His dream was again interrupted when he served two years of active duty in the United States Navy as the Korean War was winding down.

Returning to Seattle, he became a draftsman in earnest. During his career, he worked for the following firms: Boeing Airplane Co., Renton; Marshall, Barr & Pacquer; Worthington, Skilling, Helle & Jackson (who provided the structural engineers for the World Trade Center); Victor O. Gray & Co.; McGrath Corporation; and Jack Woodman & Associates. He worked on the World Trade Center plans and could have followed the project to New York, but he didn’t want to relocate. At one point he worked with Turner Exhibits on a display at the Museum of Flight at Boeing Field.

Another of his passions was buffaloes. When computers came into use and replaced hand-drawn drafting, Art decided to start his own consulting service which he called The Buffalo Works. This eventually grew into home repair which made use of all his skills, and referrals from happy customers meant he never had to advertise. After he retired he turned one room in his home into a mini-museum of “Buffalobelia” collected over a lifetime.

He and his second wife, Sally, married in 1965 and raised two sons. Ten years after their divorce, he met Vicki Westberg who became his SO. She did her best to be his partner and keep up with his racing activity with admittedly a steep learning curve. Their relationship lasted 25 years by being together on weekends and in their respective homes during the week.

He joined Golden Wheels, a vintage racing fraternity in 2003 when he learned that the Shoreline Historical Museum was having a vintage car show in their parking lot. This, as it turned out, was the connection with racing that he had been looking for. Within a couple of years, he had assumed the role of Project Coordinator for a rebuild of a midget, no longer deemed safe to drive on the track and to be used for display only. As such he replaced the engine with a wooden mockup which allowed the club to sell the real engine and made the car much lighter. He absorbed a lot of kidding about the “wooden wonder”, but when most all parts had been replaced with look-alikes from unexpected sources or made from molded plastic, it fooled even the experts. The car made it to all shows after that which helped the “car count” and added interest for the public. About 20 members contributed in some way to this project.

He became Golden Wheels Pit Steward for one year at shows they traveled to and was awarded Man of the Year twice before deciding to build his dream car, a 1950’s exact replica track roadster with partner Warren Kindle, owner of Sandblasters, Inc., supplying materials. Perfectionist that he was, he documented with copious photographs and specs, every part and phase of the work. When either of his cars was on display, he dressed the part and talked to people with signage boards and three-ring binders. Documented were the people who contributed work and parts to the project and the importance of the Roadster Era.

He had an eclectic taste in music from classical to early jazz and a sense of humor which included Monty Python, cartoonist Callahan, and anyone with a good joke to tell. Colleagues valued him for his work ethic, knowledge, and dedication. Lastly, he felt there should be an award reserved on the Golden Wheels Hall of Fame membership roster for the “Markers” or “Also Rans” who had no chance of winning but kept coming and competing anyway and without whom there would be no race.

He strongly supported The Seattle Times and the free press. Although he became blind in his last years, he continued to subscribe, and Vicki would read it to him from her own copy over the phone, a routine she looked forward to each morning. He will be missed by many.

No memorial service is planned at this time at his request. Donations in his name may be made to a charity of your choice.