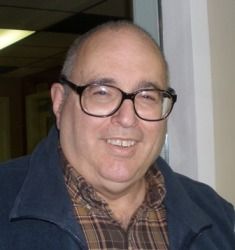 Beloved husband, father, grandfather, brother, friend. Served in the US Air Force. Retired as a journeyman inside wireman, International Brotherhood of Electrical Workers, Local 46 – “Vern the Great” to his fellow workers. He had lots of interests. He rode motorcycles and at one time belonged to the BMW Riders of America and rode a dirt bike in the Mattawa 100 race. He earned a black belt in karate. He was a player of games: board games, computer/online games (an addiction to WOW), and role playing games. He hosted a Gurps group at his house every week. But his main passion was reading, and he had a library of about 4000 books. Vern is survived by his wife of 48 years, Jeanne, his daughters Laura Nealer (Rodney) & Esther Parvin (John Young), his granddaughters Julia Nealer and Ruth Young, brother David Parvin, sisters Michal Rosencrans Carolyn Bommarito. He died peacefully at his home in Seattle. A private family scattering of the ashes will be scheduled later at his wooded property, where he enjoyed many campouts with family or just with his dog Pomm.

Ramona Hensrude
Posted February 4, 2014 at 7:10 am
John and I are very sorry to hear this news. Vern and Jeanne were long-time friends of my cousin Gerry and her husband Dave. I will remember Vern for his humor and because he was unafraid to say what he thought. Our thoughts are with Jeanne and his family.